Imagine a clothing line that helps you feel empowered, and motivates you to face your fears without trying to make them disappear. That was Arlindo Pacheco’s goal when he created and designed his own line of streetwear NOXCAPE. Growing up between Brazil and Florida, life came with many challenges. Pacheco says about the meaning behind the name, “NOXCAPE (No Escape), at its core, represents an idea that we can run away from physical things, places, and people, but at the end of the day, the only thing we can’t escape is ourselves. It’s sort of a mantra that has always stuck with me through difficult times. It forced me to realize that I needed to get through these situations rather than try to run away from them.”

As a young boy, Pacheco was always interested in fashion and art, and how we use them as means of expression. Living in Orlando, he became aware of the local art scene and started working toward his dream of starting NOXCAPE.  “Art, to me, is the product of my interpretation of experiences and things around me. I love clothes, and I love self-expression, and for me it was a perfect way to combine the two. I could see myself designing clothes, so it was no surprise that I decided to create my own line of streetwear.” 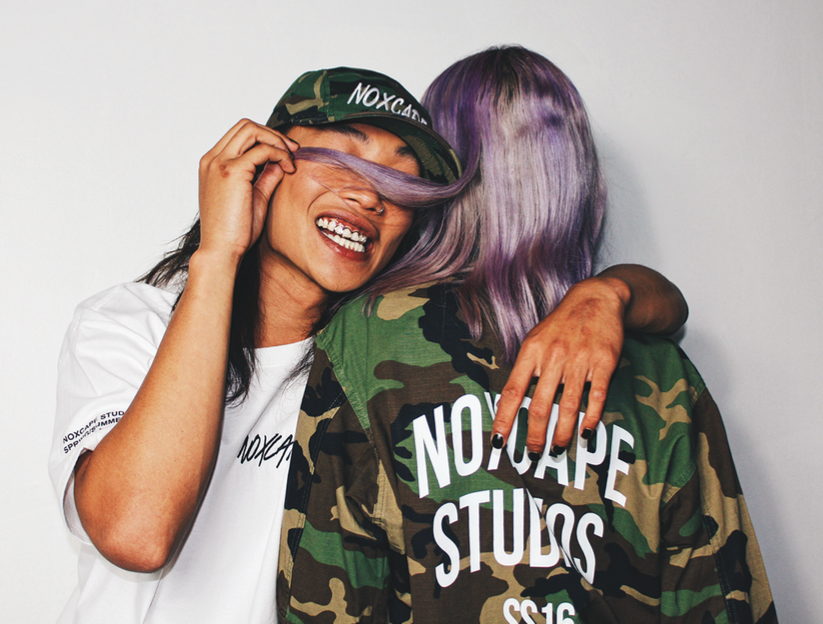 With two fashion shows under his belt, Pacheco has showcased his line at Redefine Gallery, as well as other places around Orlando. With a line that includes army jackets, baseball caps, t-shirts, and even tote bags, the inspiration behind each piece includes not only designers, but also artists and musicians. “I’m inspired by designers like Nigo, Rob Garcia, and Brendon Babenzien. I’m also a fan of many types of music, from classic rock to rap. I’m especially inspired by a lot of local up-and-coming artists because I love the hustle of ‘trying to make it.’ ”

Trying to make it is exactly what Pacheco is doing with NOXCAPE. While many designers go for trendy pieces only popular for a particular season, NOXCAPE is meant to stand out for years to come. “NOXCAPE is not trendy, meaning products won’t necessarily reflect what style or look is ‘in’ during the current season. With NOXCAPE, I aim to create timeless silhouettes. I believe that great design and quality products never go out of style.”

And if you think NOXCAPE is only for guys, think again. Inspired by his peers, Pacheco made sure his collection was completely unisex. “I think nowadays, fashion is more and more gender neutral. I have girl friends that wear men’s clothes, and guy friends who wear women’s clothes, and both are fine. NOXCAPE is androgynous in that way–the pieces can easily be worn by both males and females.” 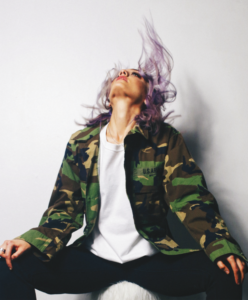 His latest collection “Wild Ride” was just released last month and many items are already sold out. This time, the Spring/Summer collection was not only inspired by Pacheco’s life, but also those close to him. “For the first time ever, I really understood how quickly our lives can change from one moment to another. From then on, I viewed life as a wild ride.” You can see this theme in pieces like the camo jacket and hats whose designs are, according to Pacheco, “a direct result of the feeling of being in a battle with life when facing adversity.”

With so much talent and passion behind the line, we can’t wait to see what NOXCAPE has in store for us during the Fall/Winter season. You can purchase the current collection at Noxcapeworld.com and follow Pacheco’s adventures and inspirations on Instagram at @noxcapestudios.

AfroFantastic: Black Imagination and Agency in the American Experience is up now at the Cornell Fine Arts Museum on Rollins College campus. Professor Julian Chambliss, Ph.D curated the show in END_OF_DOCUMENT_TOKEN_TO_BE_REPLACED