Before I knew his name, I knew Tod Caviness as “The Wingman”. A reporter for the Orlando Sentinel, Caviness covered the news in Central Florida that seemed the most relevant to my existence at the time. His beat was nightlife. I started to follow his content in 2012, and met him as a human person a few years later. He was taller than I’d pictured him to be, and an articulate performer. Last year, after over a decade as a staff writer, he turned in his wings.

But he didn’t put down his pen. Caviness still writes regularly—mostly funny, short essays and fiction—but admits he’s “as prone to personal, heartfelt poetry as the next drunk.” I wager a guess that poetry might be of particular nostalgic value to him, as it was this genre that brought him into his journalism career. “Through the poetry,” he explains, “I met some people who were much more motivated than I was (RIP Kelly Fitzpatrick), who encouraged me to start writing short reviews and features for an online magazine put out by the Orlando Sentinel. That got my foot in the door at the paper years later. Eventually, someone noticed me coming in hungover every other day, so the editors figured they might as well give me a nightlife column. It’s no longer my day job, but I’m still freelancing an article here and there.” 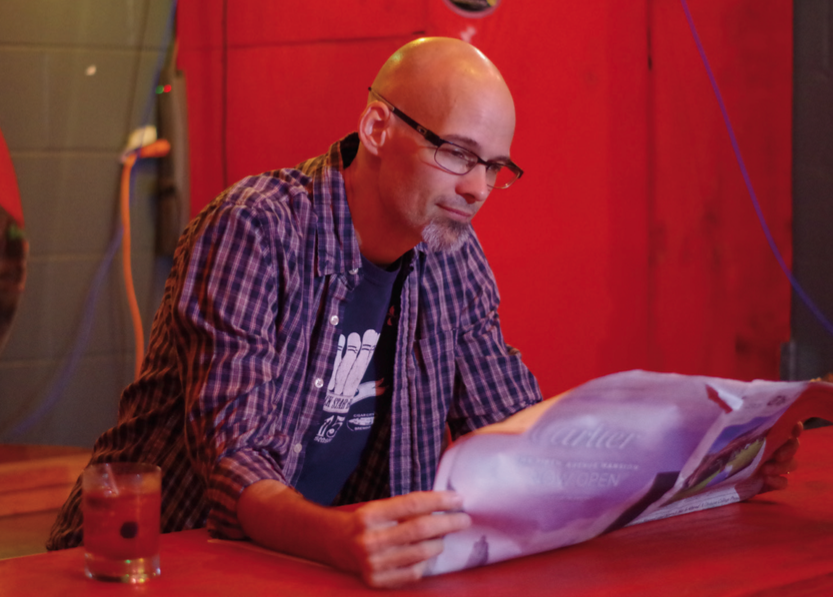 The end of his tenure at the Sentinel wasn’t the end of his romance with current affairs. Caviness created a monthly, curated literary event themed around the news. “The writers I know—myself included—tend to be inspired by things in the news anyway. How can you not be? We live in those ‘interesting times’ the Chinese warned us about. It’s also a good guarantee that the writing is going to be fresh every month.” As an attendee of this showcase, I can attest to this. While the work is all linked by the current events theme, the content produced by our local Central Florida authors is dynamic. Caviness values this. “It’s like Christmas every month for me. Most of the time, I know what the authors are going to write about, but their take on it almost always exceeds expectations. For the most part, people don’t take the easy bait—the Trump campaign, etc.—and I end up learning something obscure every month. I’ve been really surprised by how eager the writers are to take on this extra writing assignment.” 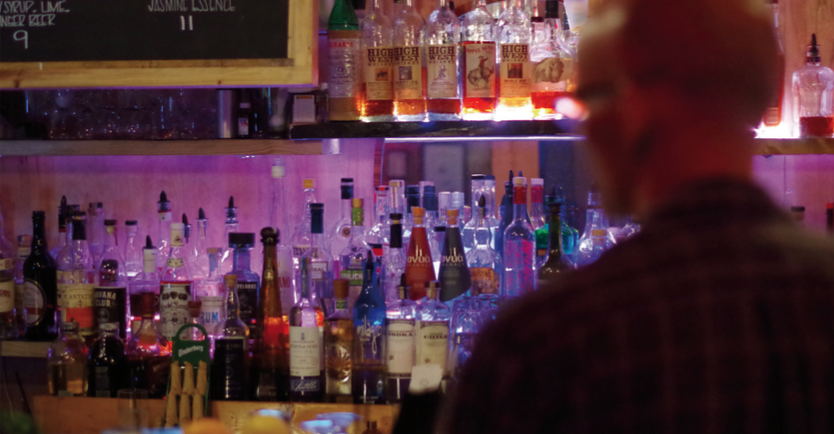 The event is called Loose Lips and takes place on the first Tuesday of the month at Mills50 staple, Lil Indies. The venue is a cozy one. Monday night bartender Bennett Bynum describes the vibe as “nostalgic and homey. Like you’re drinking in a friend’s house.”  When he was crafting this event, Caviness knew he wanted Loose Lips to take place in an environment like that. “I love the specific flavor of reading aloud in bars—it feels more like conversation, somehow. And despite the old adage about not discussing politics in bars, that is what people do.” I ask what’s next for him and he briefly tells me about “a poetry festival [he’s] lazily planning for next year.” He has a chapbook he’s shopping around, but for now he says, “Loose Lips is my comfy chair.”

In 2007 I felt the need to skip town.  I wanted to explore, get lost, hangout.  I found myself in Philadelphia, PA, a city I knew very little about.  Aside from the phone number of a pretty girl, I END_OF_DOCUMENT_TOKEN_TO_BE_REPLACED