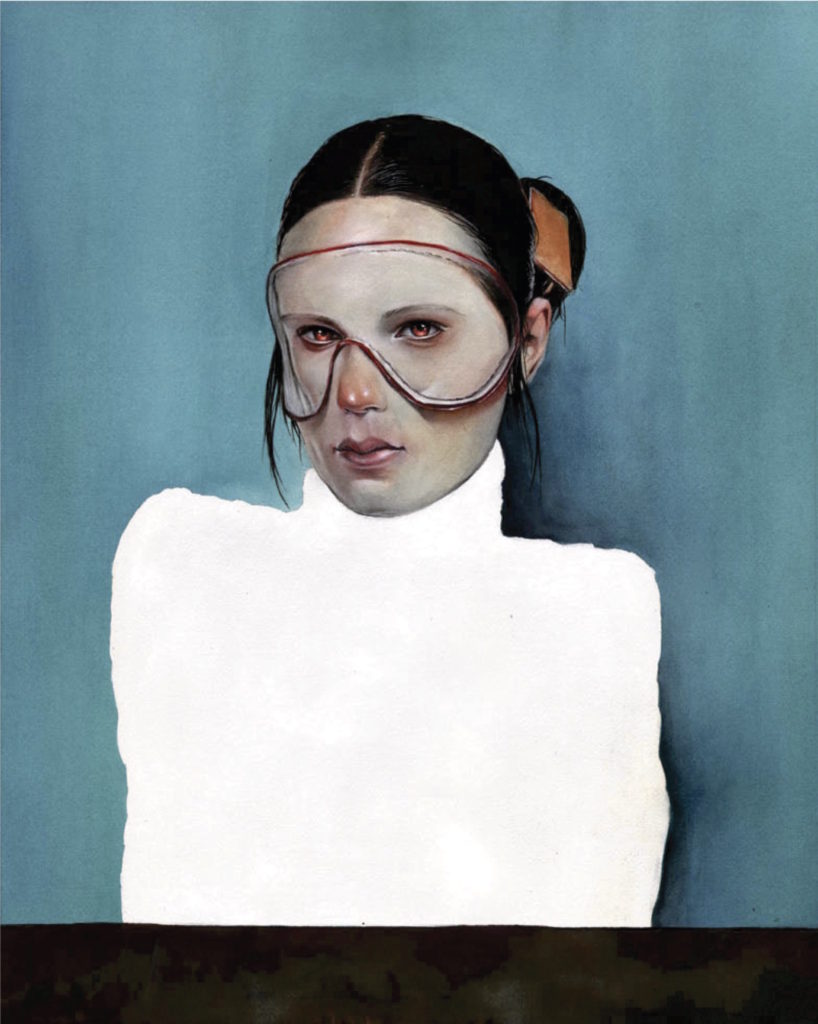 See No Evil. Watercolor on Paper

Plinio Marcos Pinto is a Brazilian-born artist whose work ranges from classic portraiture, displayed in galleries across the United States, to fun Pop Culture based illustrations that can be picked up at comic book stores and large art conventions like Megacon. Trained as a traditional illustrator with a B.F.A from Ringling College of Art and Design, Plinio started out his career doing editorial illustrations for national and international publications. Feeling unfulfilled by the cat and mouse game of the freelance world, he changed his focus to what has become his signature: portrait and figurative work.

His style evolved from working with oils to finding his true love of watercolor. This evolution was realized through an allergy to oil paint. Applying his almost scientific approach to watercolor, he is able to create images that are unlike any traditional methods.

Based in Orlando, Plinio works as a freelance illustrator and Portrait Painter. He is also an Associate Course Director in the Fine Arts Department at Full Sail University in Winter Park, Florida.

Plinio has done work for reputable companies such as Playboy Enterprises, Loyola University Maryland Magazine, Cryptozoic Entertainment: AMC’s The Walking Dead, The Hobbit, DC Comics, Financial Executive Magazine, and Jazziz Magazine. His work has been displayed in galleries such as The Society of Illustrators Gallery in New York, as well as in group shows in Seattle, WA, Los Angeles, CA, Dallas, TX, and St. Petersburg, FL.

You can find his work on display locally at galleries and art events. His art can also be found at his open studio hours on First Fridays at F.A.V.O. and has been featured in locations such as The Gallery at Avalon Island, The Falcon Bar and Gallery, City Arts Factory, Creative City Project, Thornton Park Wine and Art Walk, and First Thursday’s at Orlando Museum of Art.

To find out more, visit www.PlinioPinto.com

Jacoub Reyes is an emerging artist who has built an almost cultlike following here in Orlando. A classically trained artist who continuously crashes heads with established notions of what art and END_OF_DOCUMENT_TOKEN_TO_BE_REPLACED