“What is the difference between going to a national park or going to Disneyland?” At first, the question might seem trivial, but through his ongoing series, Aesthetics of Eden, Brooks Dierdorff shows us that this question is more important than we imagined.

Dierdorff has been collecting research for this series for years now. A thought that inspired him when he lived in California and Oregon, still remains relevant in Orlando. Early on, Dierdorff was drawn to the images of Ansel Adams, who is most recognizable by his classic black-and-white photographs of Yosemite National Park. Adams would spend days in one location to capture the perfect image, and then use darkroom techniques to “take care of mistakes God made in establishing tonal relationships.” These images are now glorified as the true beauty of nature, but does the world that Adams created even exist? Dierdorff studies photography by looking at how people, as a culture, present nature. Nature photographs tend to represent classic beauty and solitude. They show nature existing without man. Do these places exist in reality, or only through the medium of photography? 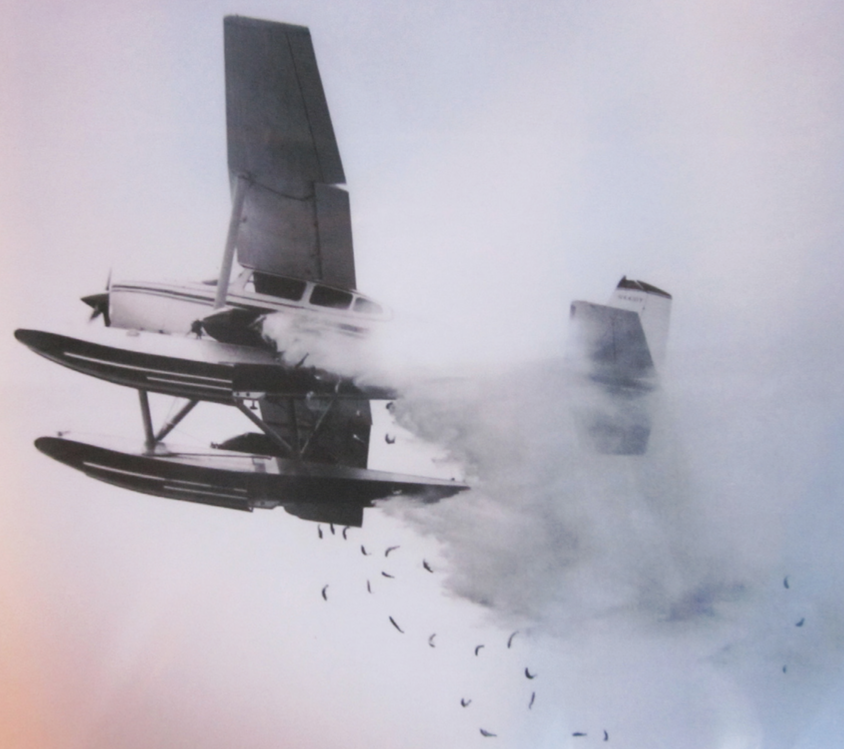 Dierdorff is interested in how, as a whole, we anticipate nature to always appear to be untouched, because that is the way we choose to represent it. Whether visualized in textbooks, social media, or advertisements, nature continues to be idealized through photographs. For his piece The Jungle (2016), Dierdorff references aspects of advertising by creating billboard-like frames for his images printed onto mesh material. This material is similar to the construction fences used to present images of the to-be-completed construction project—though the unsightly construction site is often still seen through the printed image. By taking this construction mesh and displaying it in a gallery, Dierdorff challenges the way the viewer interacts with imagery. In regards to this, he says:

As a contemporary artist, Dierdorff’s goal is to raise consciousness for viewing art. By creating sculptural imagery, the viewer is forced to interact with the piece, which makes the viewing experience unique to every person. With his work, he creates a moment of contemplation. “It is important now more than ever to have a moment when you are thinking critically about things. Maybe it’s idealistic, but I believe in that, and what art can do,” he explains. Gallery spaces are quiet spaces of contemplation to him. He describes it as “almost like going to church.” 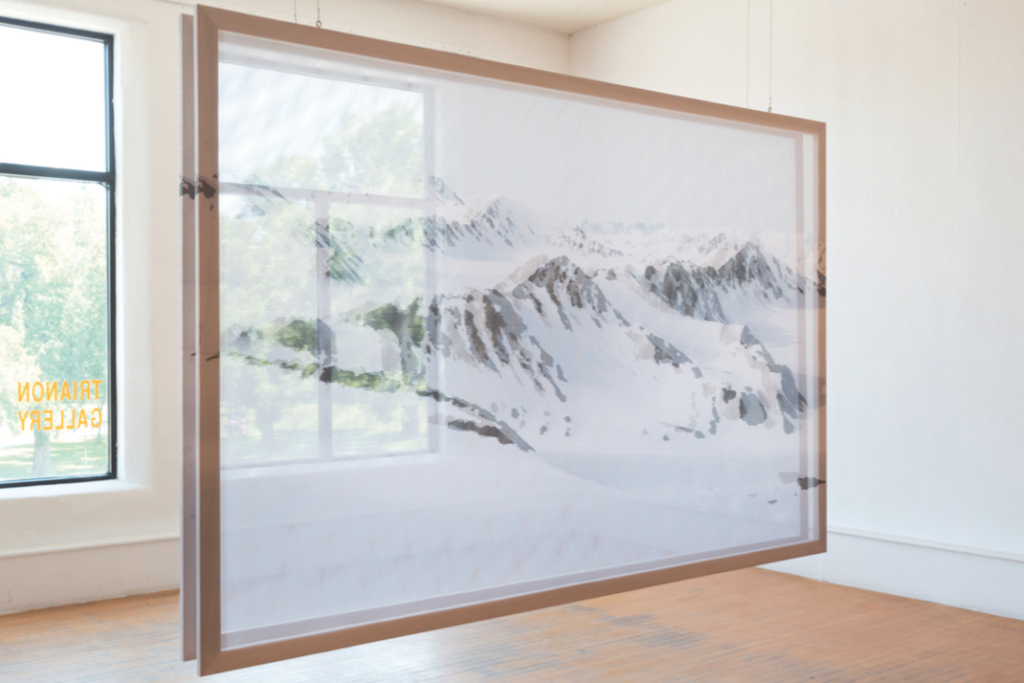 Entering a gallery space, whether it is a classic white cube, a museum, or a converted space used to display art, there is an expectation of solace. “Making these spaces available to a large amount of people should be the goal,” Dierdorff says. Some artists make it their goal to bring art to the public, but as a community we should all be working together to make art more accessible and approachable. As a professor, Dierdorff has encountered a broad range of students in his photography classes. They begin the semester with a preconceived notion of what they believe art and photography should be, which is similar to the way the general population views art and photography. The overstimulation of commercial imagery has changed the way we view what is “beautiful and good”; Dierdorff is not interested in recreating the same aesthetics that have already been replicated time and time again. His goal as a teacher and an artist is to challenge the perception of what art is. 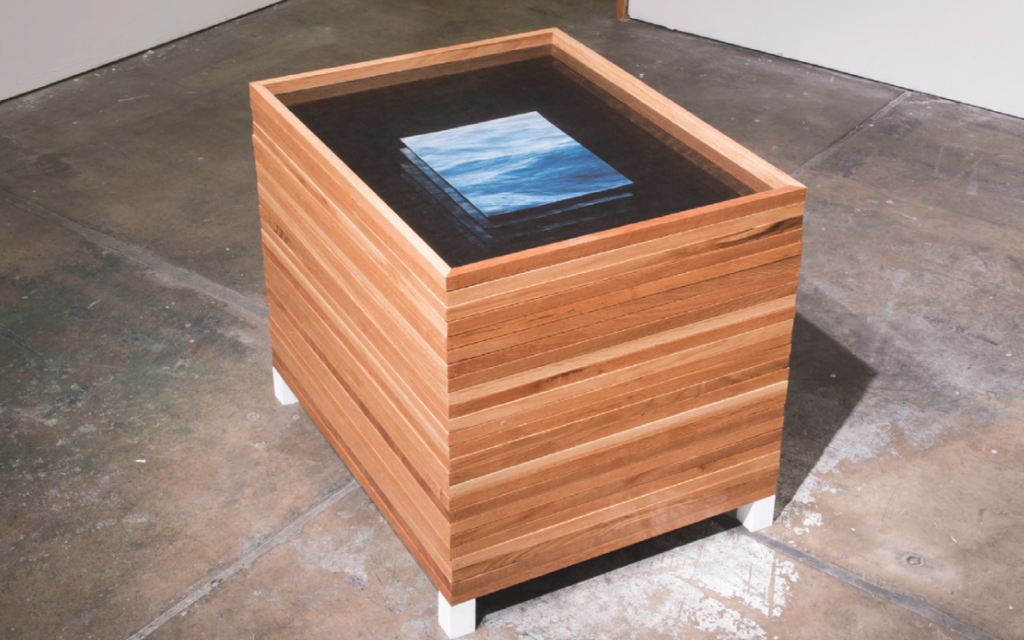 Through his research of national state parks, Dierdorff has discovered the impossible task that the parks have created for themselves. They strive to create parks that perfectly preserve nature while catering to the park visitors’ wants. The title of the series Aesthetics of Eden comes from Florida parks specifically. Dierdorff explains, “The state parks here will reference the day that Ponce de León landed in Florida. They are trying to restore Florida to what it was before non-natives arrived. It’s interesting because it’s an impossible goal, it will never happen, and they know it will never happen, but there is a desire to go back to this Eden.” 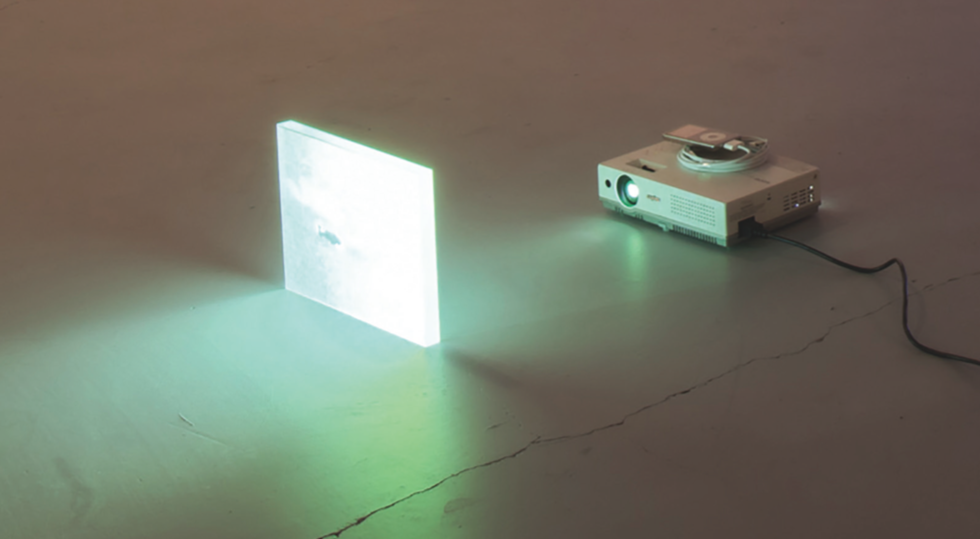 These parks are presented as nature spaces to the general public, but they are actually very heavily constructed, much like a theme park. Like theme parks, the national and state parks direct what the visitor sees. They cater to their clientele’s wants, and prioritize specific plants and animals over others to keep people interested, and carve out paths in the land that will be both safe and enjoyable for visitors. Land and wildlife management remains a constant thread in Dierdorff’s work. With Remote Stock, he reveals an image of a small seaplane releasing a stock of fish while midair. In 2013, he worked with High Desert Test Sites, an organization founded by Andrea Zittel that “challenges traditional conventions of ownership, property, and patronage,” and created Mojave Desert Mule Deer Refuge. This installation is a fully functioning mule deer habitat in accordance with the California Department of Fish and Wildlife. Motion-sensored cameras were also set up to photograph any mule deer that interacted with the refuge. 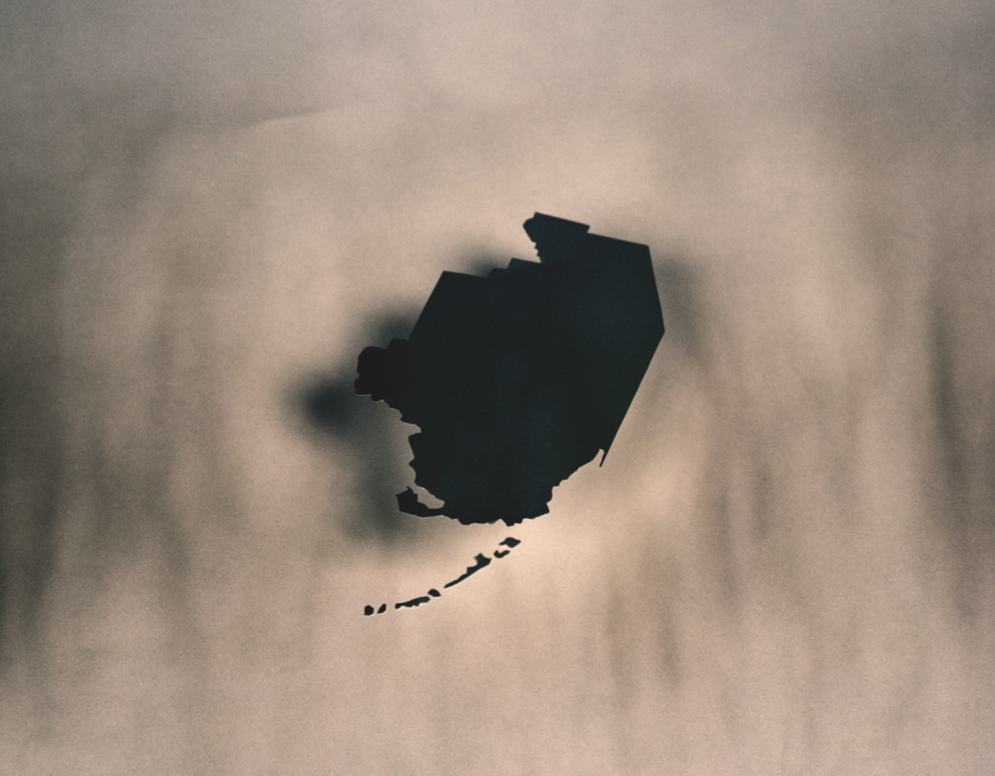 For Dierdorff, the theme of presenting a simulation of the authentic is a culmination of his past work. In his 2010 series, Trophy, he appropriated images of hunters holding their large game and removed the human element from the photos, leaving the haunted animals suspended in mid air. For his next show, considering land and wildlife management, Dierdorff is working on an installation that will include golden groundbreaking ceremonial shovels engraved with text. These shoves are inspired by the images of businessmen in suits holding the tools in a very specific way. These ceremonies are performed in order to produce an image to hang on an office wall. Instead of recreating the photographs, Dierdorff is choosing to display the most important element of the photo, the golden shovel. 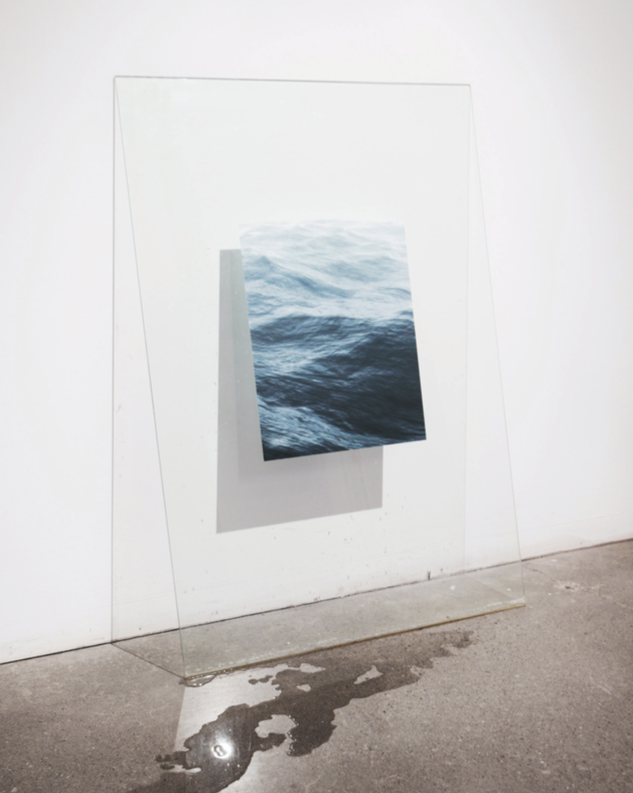 As a contemporary photographer, Brooks Dierdorff creates art inspired by photographic imagery, but the end result is rarely something that would traditionally be called a photograph. Even with his traditional imagery, Dierdorff challenges the viewer to look at imagery in a new way. With Surface Conditions, he takes a print soaked in water and places it on a sheet of glass leaned against the wall. Because the image is coated with water, it sticks to the glass, but over time the water will dry up and the image will fall. When it does, the process is repeated over again. The inconsistency and unpredictability of the piece creates a unique experience for every viewer—some see the image freshly placed upon the glass, and others may witness it lying on the floor. Some viewers may even stay and witness an entire cycle of the piece.

Through his heavily researched series of works, Dierdorff presents informative art with a fresh perspective. With an overstimulation of imagery, it is important to create awareness as we view not only art, but also life around us. Dierdorff strives to create critical thinking though his work, which offers a new perspective on the redundancy of nature photography. Through his work, he exposes the artificial treatment of nature through advertising, media, and even in national and state parks that are assumed to be pure. Art plays an important role in how we view our world. By challenging the notions of traditional art, Dierdorff’s work encourages critical and independent thought about that world.

You can see more at: BrooksDierdorff.com

Plinio Marcos Pinto is a Brazilian-born artist whose work ranges from classic portraiture, displayed in galleries across the United States, to fun Pop Culture based illustrations that can be END_OF_DOCUMENT_TOKEN_TO_BE_REPLACED