Working from A Place Studios, a relatively quiet space located in the middle of the inorganic madness of Colonial and Mills, 25-year-old artist Tara Atefi engages a process in stark contrast to the environment beyond the walls around her. When we visited to discuss her art, we found Atefi surrounded by her work. She experiments on what she calls her “process painting” while simultaneously working on another, creating a sense of consistency in her technique. “I learn a little bit more with every painting, and when I do, I incorporate that skill to the rest of the paintings.” 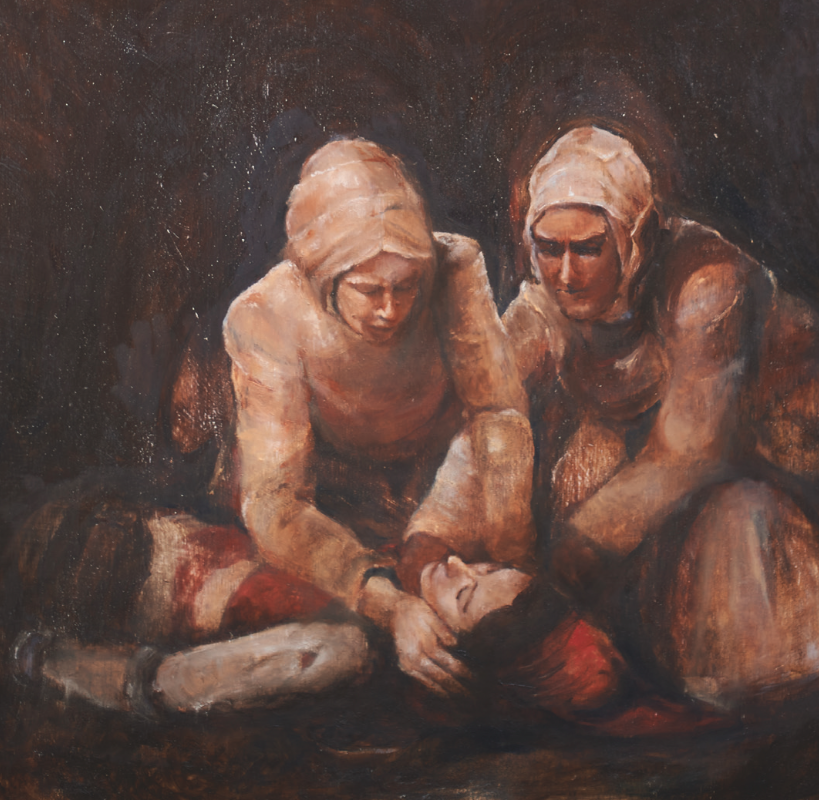 An Orlando resident since 2010, Atefi’s work is largely affected by her travel experience, her memories, and influential people. “I got to meet a lot of people who influenced me in the Orlando punk/DIY scene a few years back, and they were the ones who modeled for me and supported me to challenge my skills. Traveling allows me to be away from my comfort zone and focus on finding little things that interest me for compositions. Traveling with influential people, however, was a lot to take in artistically, because there is such a big world out there and it takes a while to understand how to feel relevant. It’s overwhelming, but I still end up learning a lot from it and am motivated by the experience.” 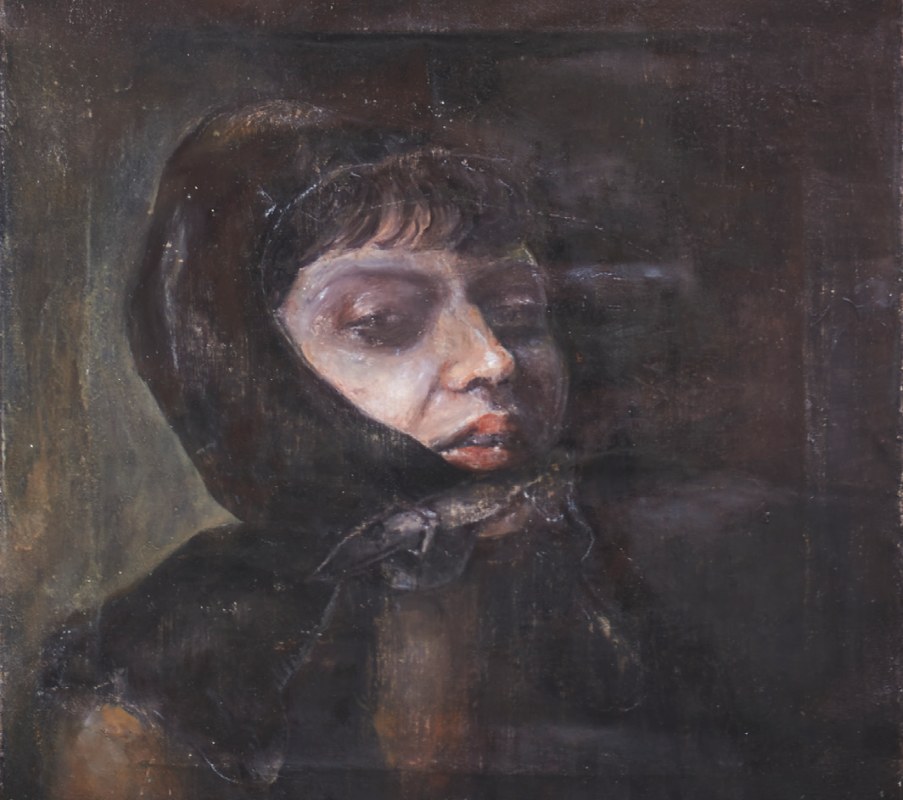 Self Portrait at the Nerdrum School, acrylic, oil on linen

One of those influential people is her first painting professor, artist Rima Jabbur (featured in ARTBORNE here), from whom she learned how to paint from life, about the handling of paint, the process of critiquing, and who introduced her to artists she now considers her favorites. Atefi also studied with Odd Nerdrum at The Nerdrum School, learning about process, philosophy, and what she describes as a “kitsch” way of painting from life. “When I paint, I can hear their voices behind me, reminding me of their lessons.”

Born in Los Angeles, Atefi grew up in Tehran, Iran until her family’s return to the United States at the age of six. The transition shaped the way she connected and expressed herself towards others. “I had a difficult time socializing and communicating with my peers in school since I barely knew the language, so I often spent time doodling scenes from movies and music videos I enjoyed. The kids started taking interest in my little crayon doodles, and that’s how I made friends in America. I started creating art as a means of communicating with myself when I had a hard time socializing with the people around me.”

In discussing her use of art to address discomfort, Atefi mentioned a period where her illustrations frequently featured babies. “I used to obsess over things that made me uncomfortable, similar to those moments where you think to yourself, Wow, I wish I never saw that, and crying babies really did that for me.” Her piece Urine My Heart is based on her unintentional witnessing of two people attempting to discreetly urinate outside a show in Brooklyn, costing them a $50 ticket once a police officer had discovered them. “It was a moment I felt I shouldn’t have seen, but it inspired me.” 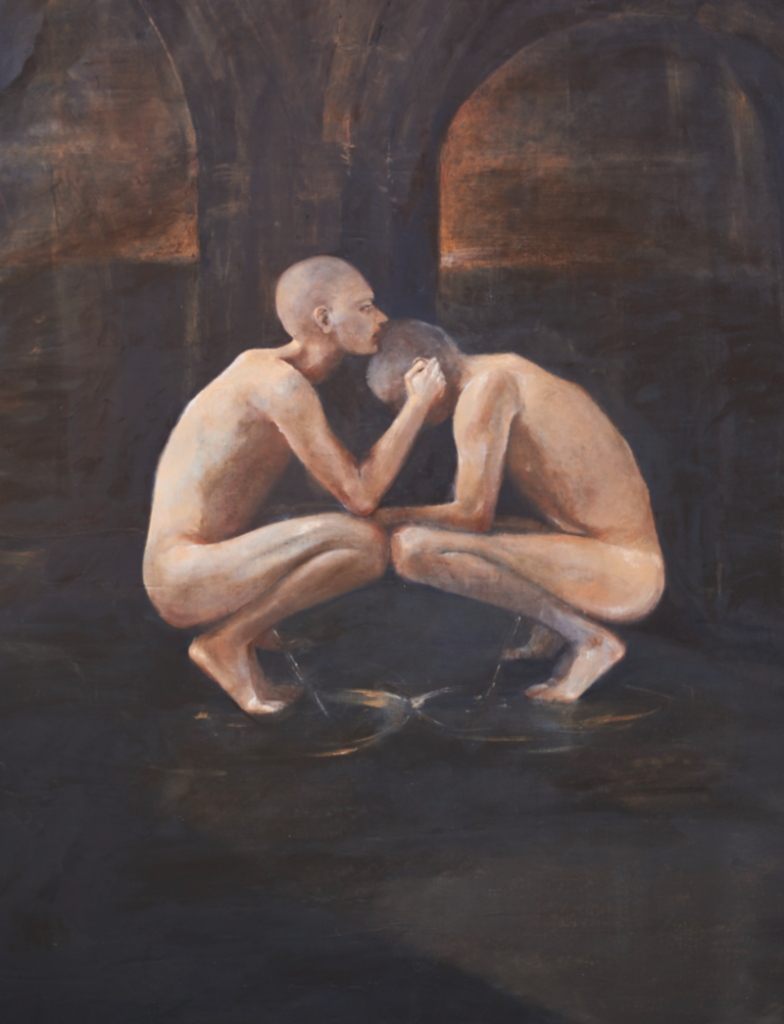 Urine My Heart, Oil on linen

Atefi usually keeps her subject matter close to her personal experiences and the people around her, which may explain earlier difficulties in letting go of her work. “I tend to reflect back onto the connections I’ve created with my subjects. I think the idea of being able to paint that piece again is comforting and allowed me to not hold so much attachment.”

Ultimately, Tara Atefi’s art appears to be a blend of introspection and conversation. “My paintings are more so my own communication with myself or my subject. When people are looking at my pieces, it is as if they are eavesdropping.”

Civilized societies in the 21st century have no need for knights in shining armor riding upon valiant steeds. The Middle Ages were a time of darkness, plague, and war and champions were needed to END_OF_DOCUMENT_TOKEN_TO_BE_REPLACED