a psychological disorder (not now regarded as a single definite condition) whose symptoms include conversion of psychological stress into physical symptoms (somatization), selective amnesia, shallow volatile emotions, and over dramatic or attention-seeking behavior. The term has a controversial history as it was formerly regarded as a disease specific to women. 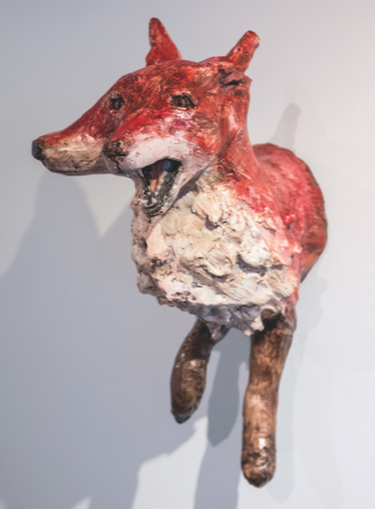 This is one of the first definitions (in reference to psychiatry) of the word hysteria that comes up on one of the most popular search engines in the world. I’m interested in the highly accessed or accessible ways to acquire information and definitions—this helps me with understanding the consensus of a word from the general population. Accessibility keeps information from only being used by elitist groups or academics.

Lesley Silvia is an Orlando-based conceptual artist. She’s currently creating and focusing on visual representations of the word hysteria. She’s interested in challenging the word and maybe creating different ways to make mental health a more digestible topic. “I am thinking of a range. From the advanced end are the illnesses we suffer from with no organic causes like fibromyalgia and irritable bowel syndrome. These we have DSM codes and pharmaceutical prescriptions for. But I am also talking about that ‘squishy’ stuff that leads us to the boiling point where hysteria ‘marks’ the body in forms like anxiety, depression, and self-mutilation.” Silvia describes the differences between these ailments in her thesis defense. There is a stigma associated with mental health care; it truly creates a sense of shame and guilt in people affected by it and who are already feeling a disconnect. Diseases like cancer are not seen as shameful because there is a tangible thing that is making the body sick, but with mental health these things are harder to see. There are negative connotations, like “weakness” and “attention-seeking,” that are attached to people who suffer from mental illnesses. Finding help becomes difficult with all of the stigma pervading mental health care. 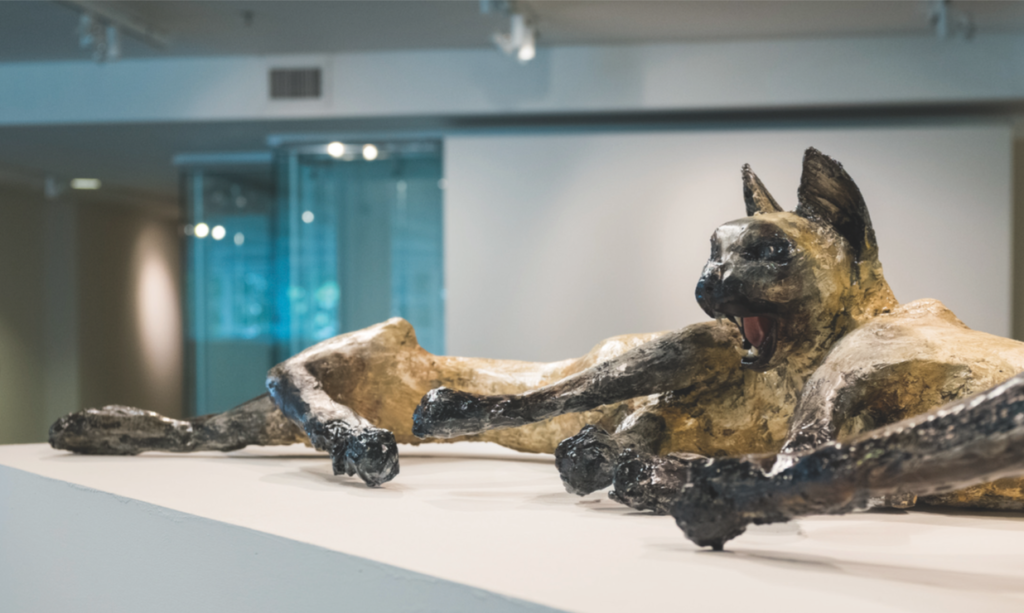 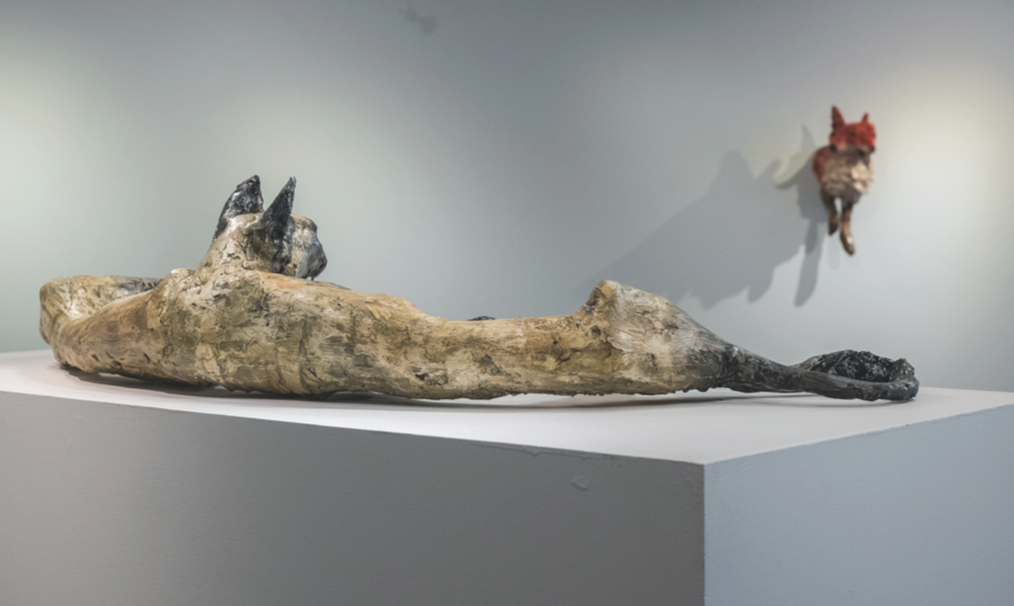 Silvia uses animal forms in place of human forms to create a sense of ease. “My work is about the ability to look at something that isn’t easy to look at. Something that’s inside of me, inside of you. Animals are a softer blow. I remember the first time I walked the psychology department’s beagle on campus during my undergrad. People came up to talk to me who never would have talked to me when I was alone. Animals are like alcohol in that they are a social lubricant. There’s a long history of using animals as surrogates for humans.” Animal forms hold different personified archetypes, from the wise owl to the sly fox. She not only focuses on the word hysteria but also its relation to the body. Creating work around stigmatized issues is difficult, art is generally seen as a thing of beauty. Images of conventionally beautiful bodies and landscapes flood the media. 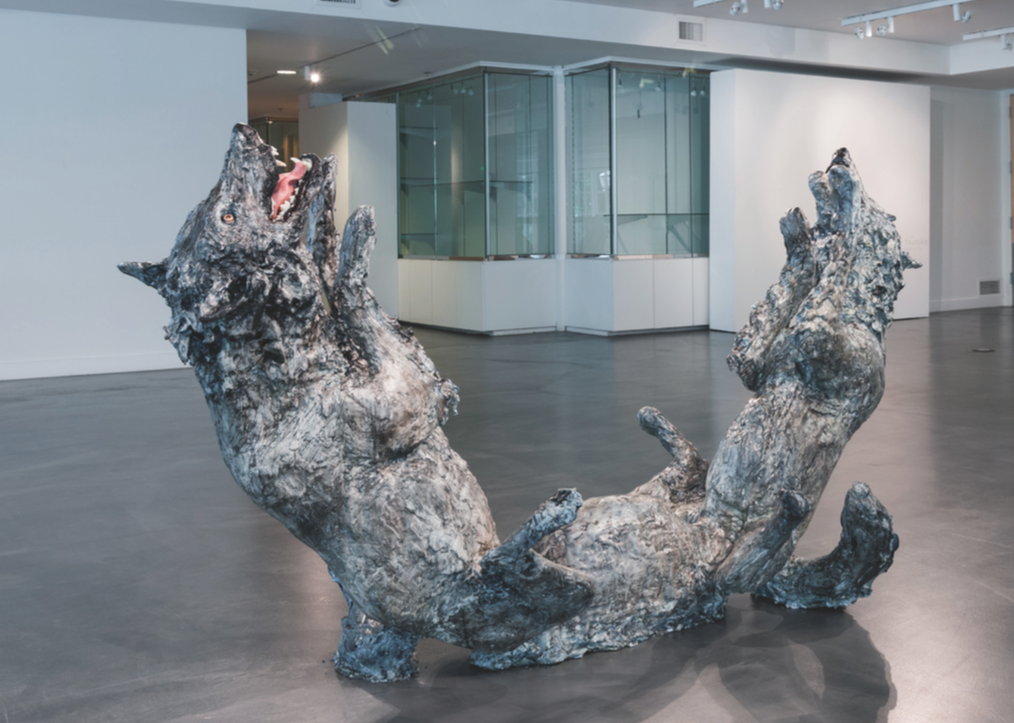 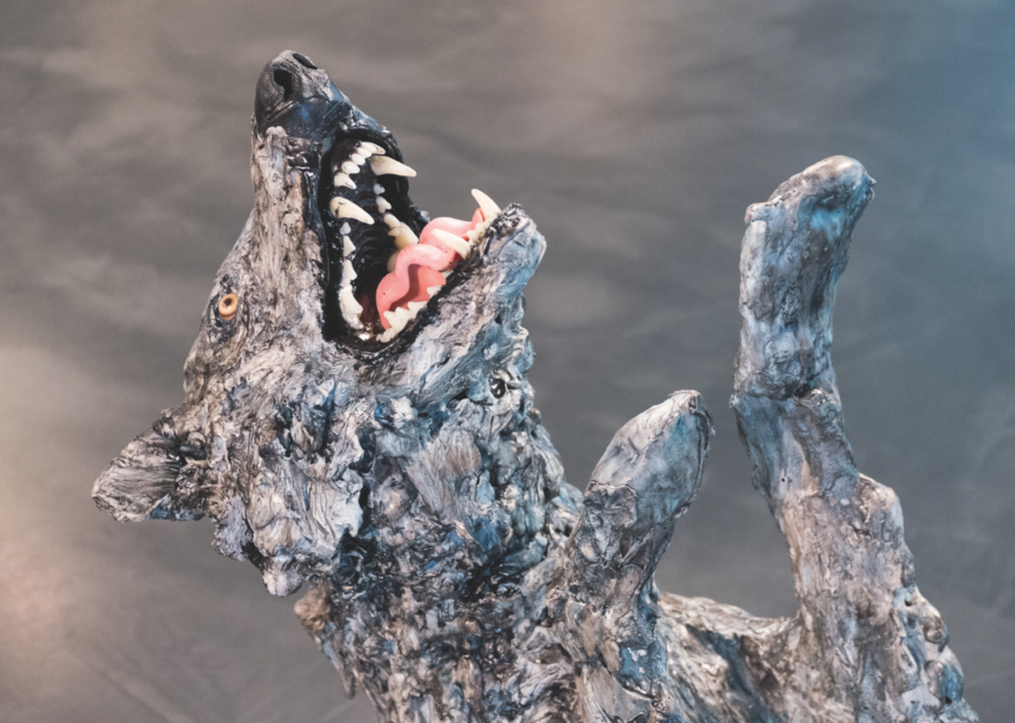 Having majored in studio art and minored in philosophy at Rollins College, Silvia is interested in incorporating ideologies influenced or created by Michel Foucault, Simone de Beauvoir, and Susan Bordeaux. She graduated with an MFA in Visual Studies from Pacific University of Oregon. She started her practice with photography at Rollins, but that quickly evolved into a more multidisciplinary practice.

Silvia is getting ready for a group exhibition at the Gallery at Avalon Island which runs from December 15 to January 14. She has created large-scale sculptures for the upcoming show. She has been focusing more on making three-dimensional works in her current studio practice. “I try to have some kind of underlying thread to all of my work. So, even if it doesn’t aesthetically look the same, there’s some sort of thread that unifies it all.” She’s creating a subtle style for herself—something she hopes to convey throughout all of her work and all of the different types of materials she gets a hold of. Silvia currently works from her home studio. She describes her practice as essential to daily functioning. Like any bodily function, she has to expel it, exercise it, and feed it. It’s always refreshing for me (as a curator) to hear artists working in their studio whether or not they have a show coming up—it feels more authentic and true to the work itself. The ideas are always there, and it’s important for any artist’s practice to exercise them even if there is no audience or show.

Conceptual art gives the artist a chance to focus on the different ideologies they want to convey and less on the materials used and means of production, unless that is part of the concept, of course. Conceptual work gives the audience a chance to think about the art object’s place in history and/or current society. It becomes less representational (of reality) and there’s less focus on skill set. The less focus on perfecting a skill, the more accessible it is for anyone to create work and to convey ideas.

You can see more at: LesleySilvia.com

I’m not sure what I’d expected of the Kerouac House, but I didn’t imagine a quaint cottage in a quiet College Park neighborhood. Former resident Jack Kerouac was an eccentric vanguard of the beat END_OF_DOCUMENT_TOKEN_TO_BE_REPLACED