Sherdes Leona is a powerhouse. An Orlando native, woman of color, and member of the LGBTQ+ community, this poet and photographer has a story to share. This month she’ll get a chance to speak her truth on an international stage. On March 15, Leona will fly to Dallas to represent Orlando at the Women of the World Poetry Slam. “I’ve had so many distinct circumstances where my voice has been underrepresented or stifled. It is a privilege to be able to use this platform to be a voice for those who are voiceless,” Leona tells me. “Until recently, I viewed my poetry solely as an emotional outlet. I didn’t realize the impact sharing my story could have.” 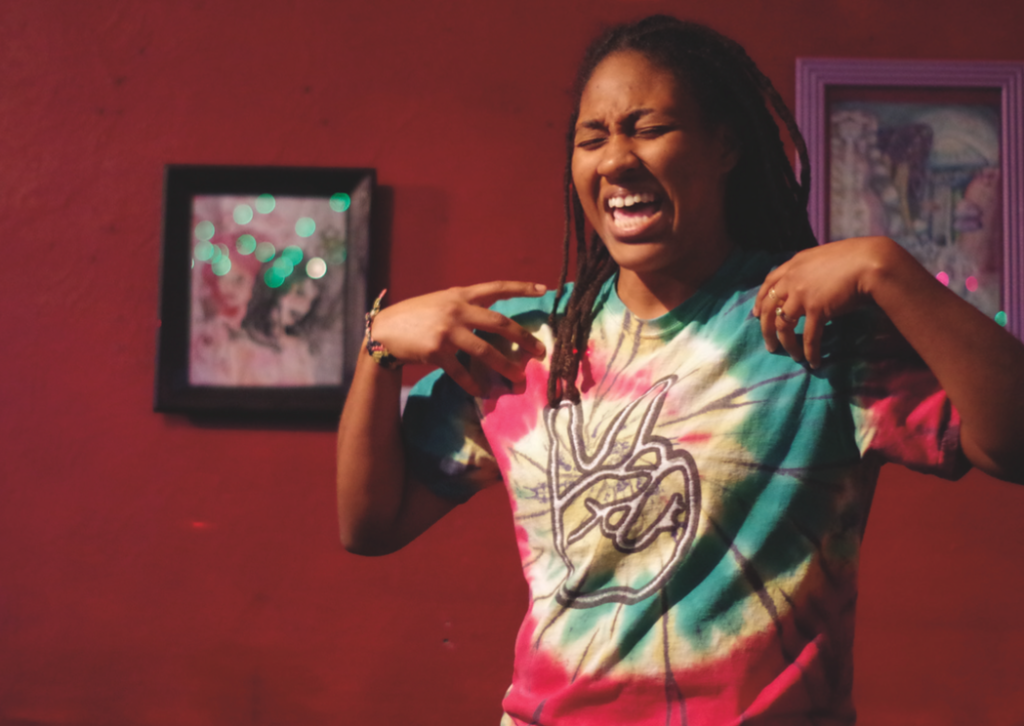 Leona was born at a birthing center on John Young and spent the first half of her life by Silver Star and OBT and Powers and Pine Hills. “I was definitely in the ‘Orlando Sucks’ group, but I was so wrong and had no clue what I was missing out on. I was proud to say I was from Orlando, but wasn’t actually proud to live here. It was one of those relationships where someone can’t talk about your family, but you can talk bad about your family. I spent my late teen years wanting to run away from this place, but since summer of last year, I’ve fallen in love with this city and all of the amazing things happening.” In August of 2016, Leona discovered Orlando as an art haven. She’s since become a regular at Austin’s Coffee, Dandelion Communitea Cafe, The Milk Bar, and The District at Mills50. “I met people who aren’t just amazing poets, but who also have their own crazy business ventures.” 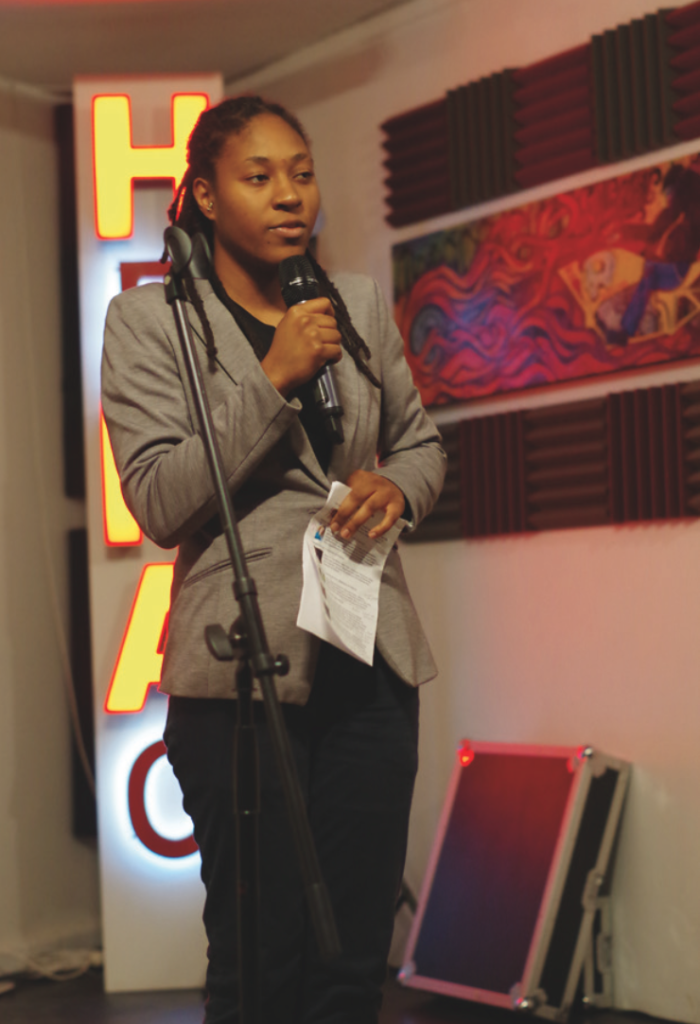 In September of 2016, Leona intended to partake in her own crazy business venture. She bought a van. She had always idolized touring poets like Andrea Gibson, and intended to hit the road full-time with a tour across America. “The van ended up breaking down before I left town,” she laughs. “I have this joke that Orlando is impossible to leave. Once you’ve been in Florida for five plus years, you’re not getting out. I tried to get out of Orlando three times and I’ve always ended up back here within a year or less. Someone said that means I have unfinished business here. Sure enough, a couple of weeks after I tried to leave on my road trip, everything with WOWPS came up.”

When Leona heard about the Women of the World Poetry Slam qualifier (fondly known by the poetry slam community as WOWPS) she thought, “Why not?” On November 12, 2016 she arrived at College Park’s Henao Contemporary Center. She laid down lines that shook the stage. With a powerful performance, she secured her spot in the annual competition.

Since November she’s put in work to develop her art. Between writing new pieces, editing old ones, and featuring at local mics, she’s pushed herself to do Orlando proud. “At first I was really focused on making it to final stage [at WOWPS] because I’m super competitive, but then I started getting advice from people about winning and realized that winning isn’t the end goal.” Leona wants to represent her city to her highest capacity. “This is my home. I spend almost every day right off Mills or Colonial. Honestly, it’s the people of Orlando who inspire me more than anything. It makes me really proud to call Orlando my home.”

Photos by Mary McGinn
You can see more at: @SherdesLeona

I left Orlando for school in Philadelphia a week after the tragedy at Pulse. My friends were still grieving, lines of people waiting to donate blood still stretched across many blocks in 100-degree END_OF_DOCUMENT_TOKEN_TO_BE_REPLACED