I didn’t know what soul was until I heard an Otis Redding riff. As if he was baptized by the 3rd use of grease, his grandmamma collected in empty Folger tins. 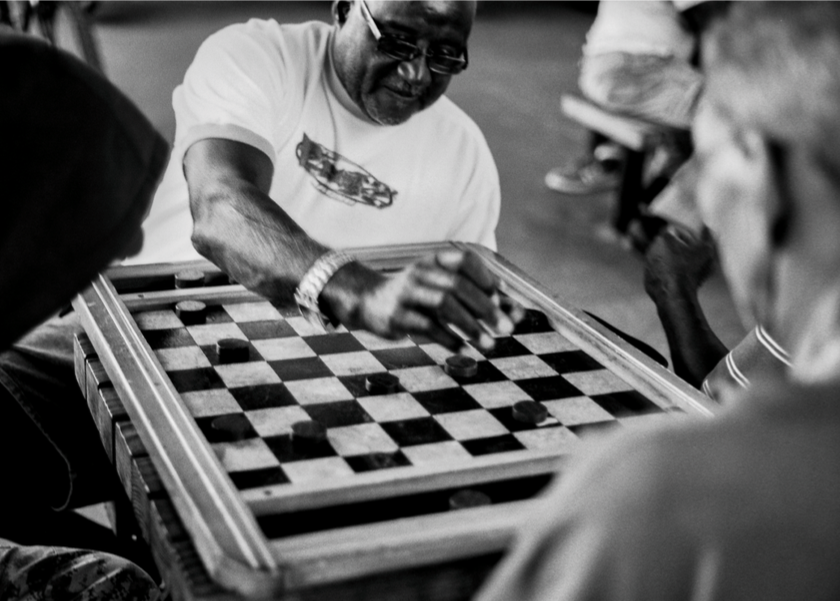 Improvisation is the root of black alchemy.  There’s no chitlins without it. No jazz, no Ray Charles.  Okra at our beloved 4Rivers BBQ would simply not exist if it wasn’t for black folk’s survivability through improvisation.  During the Jim Crow era, black artists were barred from performing in white venues throughout the South and the Midwest. The Chitlin Circuit was a network of liberatory spaces that fostered the creation and development of American music in black venues. Despite geographical castration, these spaces allowed black folk to paint the skies with their joy, process their pain, build homes out of black love, irrespective of whiteness.  The South Street Casino in Parramore was one of Central Florida’s premier stops within the Chitlin’ Circuit. Orlando, a sun down town at its time, situated its black community west of Division Street. That glass ceiling became their Sistine Chapel. Parramore became a coral reef of quotidian beauty, and the South Street Casino was the soundtrack to it all. Black folk weren’t rich in material privilege, but we made rooms out of our bodies. The street was an extension of our yards. The porch, a living room with a panoramic view of life.

Black vernacular regarding architecture has transcended time, not in built form but in spatial praxes. Spatial praxes fueled by improvisation and soul. Gentrification is colonialism by another name, and its plague has reached Parramore. But home, the notion of freedom, is not contingent upon a series of walls, it is the congregation. The underbelly of 408 was meant to be a threshold into darkness, a black hole that was meant to make what is terrestrial, extra. Instead, roses grew from concrete.

One thought on “A Groovier Thing”

The Davis Park Motel (now Faith Arts Village, or FAVO) was built in 1957. It was referred to as roadside modernism or Googie architecture. Googie was the name of a coffee shop that Los Angeles END_OF_DOCUMENT_TOKEN_TO_BE_REPLACED