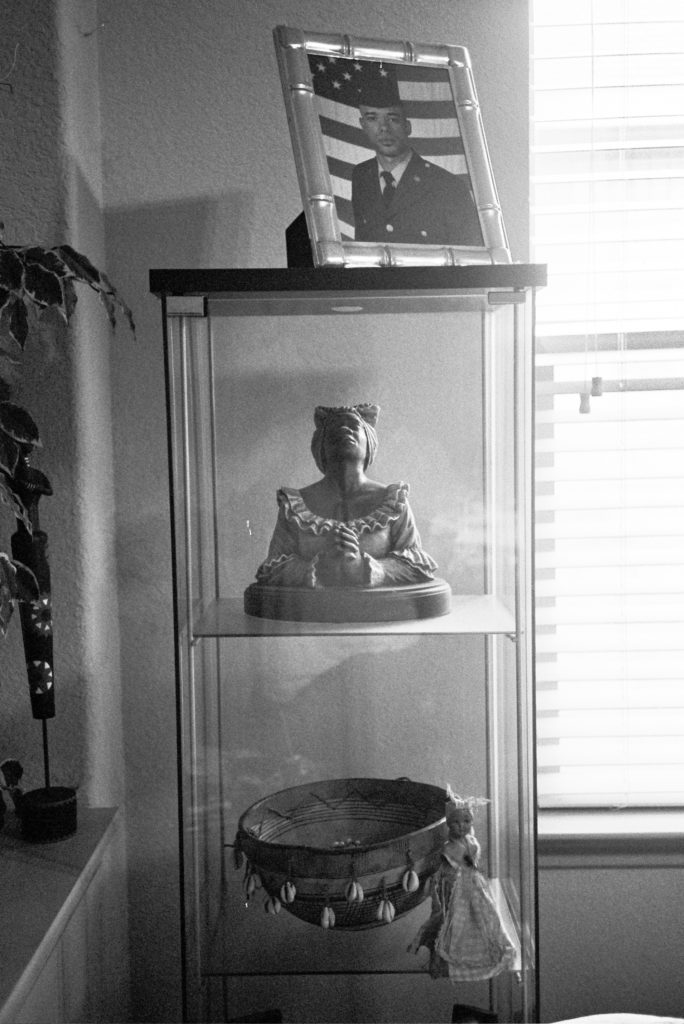 Home, photo by Mark A. Lark

Two spaces that shaped the beginnings of my positionality as a child: The tabby slave house at the Kingsley Plantation, and the southern Baptist church I went to upon my arrival in Jacksonville, Florida.

Clip-on tie, pleated slacks with the crease down the middle – I’m ready to go. The women of the church were like black hummingbirds with their elegant crowns and the vivacious flapping of their church fans. Churches with air conditioning were sacrilegious. You ain’t been churched yet until you sweated out your Easter colors. One could say the steeply-pitched ceiling magnified our voices for God’s ears. The Black Church, which was born as an act of resistance and liberation, wasn’t really performing as the vessel it proclaimed to be. Our interpretation of God’s home merely stopped at metaphor. I wanted to touch God.

The pews were matriarchal, but they limited egress and compartmentalized the communal experience of black identity, relegating it to the outside – ending the physical conversation between the black congregation and the architecture. The spiritual conversation continued outside the building, but without the refuge, absent of sanctuary. For black congregations, the traditional church spatial order is repressive, because it was inherited from the oppressor, who had a very different cultural practice of space and spirituality. This spatial order is still prevalent in many southern Baptist black churches and has evolved very little. Churches have become empty shells of a movement in the black community. Black theology of liberation has failed to malleate and has been unrooted from this new insurgency of liberation, which refutes any restraint of gender, sexuality, and respectability politics. What do postcolonial modes of freedom look like?

My skepticism still remains, but so does my spirituality. There’s a reason why, after a night out, the post-club let-out feels like an impromptu family reunion. Architecture expires, but the spatial praxis, the cultural ritual, remains relevant and familial.  The church never leaves us. God’s chords are communal, but her diminished keys never diminished me. They dimensioned me.

Raymond Klecker has been serving the creative community with distinction in fine art since 2004. After studying Computer Science at the University of Maryland, the self-taught artist ambitiously began END_OF_DOCUMENT_TOKEN_TO_BE_REPLACED