Last December, I took my annual pilgrimage to South Florida to suffer through the crowds and traffic and attend Art Basel Miami Beach. Though the official Art Basel event takes place in the Miami Beach Convention Center, there is a veritable plethora of art-centric events going on in the area. From Wynwood warehouse galleries open late and to the public, to exclusive, invite-only parties on South Beach with beautiful and bored looking people in attendance, the spectrum of possibilities is colorful and diverse. There is a camp of “Baselers” who swear by the idea of rebelliously foregoing the actual Art Basel show and, instead, visiting all the others: Scope Miami Beach, NADA Art Fair Miami Beach, Red Dot Miami…the list goes on. The sheer volume of things to do during Miami Art Week means that even in lieu of Art Basel, an entirely full schedule of things to experience is easily coordinated. Not one to easily quell my FoMO (fear of missing out), I dutifully shell out the funds for a Basel ticket every time I’m there. What if I miss the next big thing in art? I conjecture each time.

On Saturday, having already taken in the immense array of talent featured at Scope Miami Beach, I had lofty aspirations for what the year’s Basel would reveal. As the idea of art is ever-evolving—as concepts are constantly being distilled and presented in new ways—one of the world’s largest art fairs seems to be a prime venue to explore both existing and nascent theories. Traversing the labyrinthine layout of the convention center, the sensory overload is dizzying. In booth after booth, galleries from around the world showcase their prized works in the hopes of making a sale, or at the very least, an impactful impression. From Matisse to Meireles, the diversity of the movements, styles, and mediums exhibited provides that there is something for everyone’s tastes.

A few hours into my afternoon of Baseling, a voice came on the intercom system warning that everyone would soon have to leave for the day. I began to feel panicked that I hadn’t yet absorbed as much as I could, and started to briskly walk through the remaining booths to ensure nothing was left unseen; speed-dating for art. At regular intervals, the omnipresent voice would remind attendees that time was running out. Gallerists were starting to shut down for the day—some putting up the velvet ropes of exclusivity; others, entire walls of curtains, as if they were protecting the art from being exposed to the impetuous critiques of last-minute visitors.

As everyone was being ushered out of the convention center—more forcefully, now, by actual people rather than an anonymous voice looming above—my quick pace turned into a jog. I passed by a gallery booth that had already closed for the day, and just outside of it on the floor sat a tied-up, plastic, drugstore shopping bag. I stopped in my tracks and marveled at the bag for a moment. Without giving it much thought, I took a photograph and posted it on Instagram (geotagged to provide context) with the pithy caption, “Art or nah?” 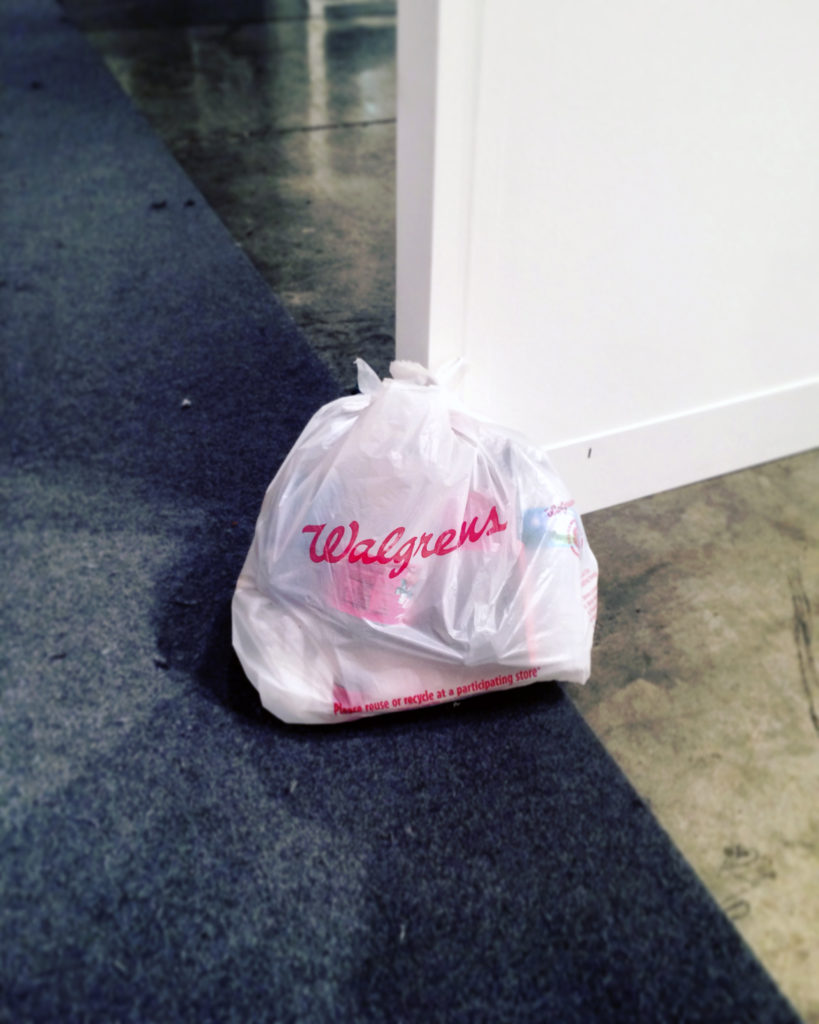 It was well-received by my diverse and erudite group of friends who understood the humor in it. Some even grasped the deeper, Neo-Dadaist meaning behind it. Yet, a century after the Dadaists challenged the idea of what makes art, art…the answer didn’t seem to be any clearer. This bag could have easily been placed on a pedestal in a gallery and lauded by art critics, collectors, and admirers alike. It was as unassuming and banal as plenty of other works I had seen that day, on walls and sculpture stands, being touted as “real” art. So, who was to say that this bag on the floor was any less a work of art? Maybe its modest presentation was an intentional move by the artist. After all, it was housed in a building that, for a few days every year, boasts some of the greatest art in the world. If the bag had been out on the street, and suddenly accessible to anyone, would its significance suddenly change? Is a work’s association with the elitism and limited accessibility of events like Art Basel what adds to its value? Would Marcel Duchamp’s Fountain (a porcelain urinal simply signed “R. Mutt”) just be considered demolition detritus were it removed from a museum and placed by the curb amongst outdated sinks and cabinets? 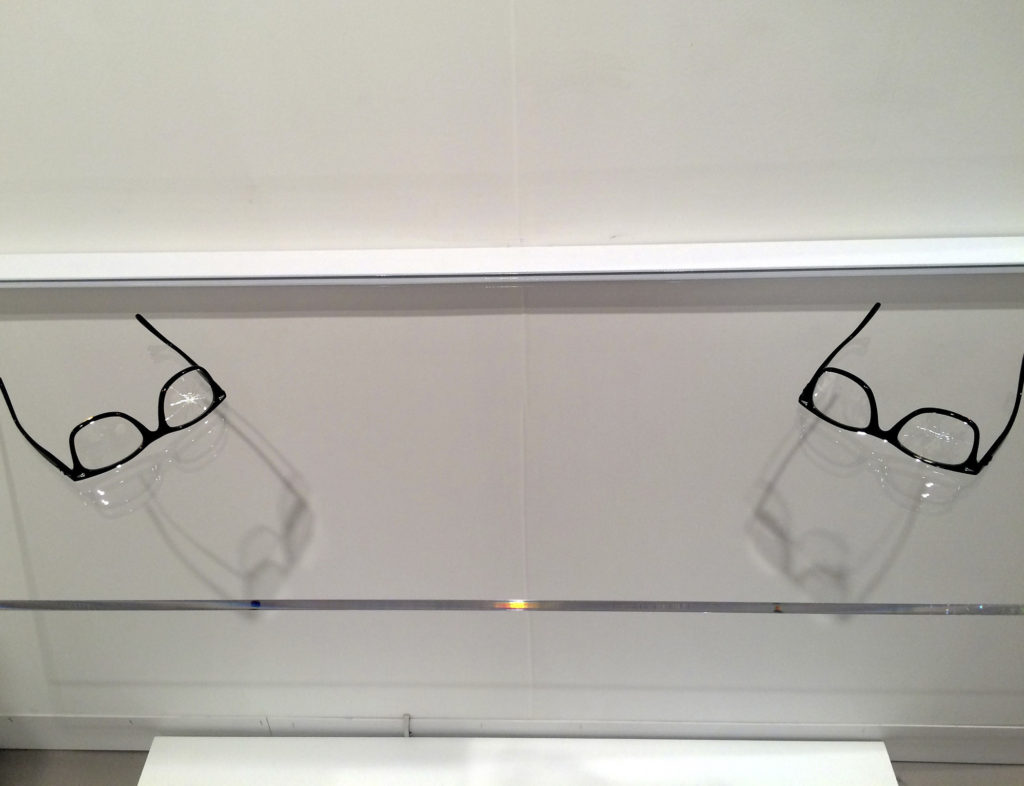 I felt that, despite seeing some incredible pieces that my formally educated, critical eye deemed as great art, this bag was the most engrossing and thought-provoking thing I’d seen all day. It spurred not only an internal dialogue of what makes something art, but also a healthy discourse with friends who hadn’t given the notion much consideration before. For the remainder of my weekend in Miami, I continued to playfully revisit this idea of “Art or nah?”

In 1917, Duchamp’s Fountain was rejected from the exhibition of the Society of Independent Artists; in 2004, it was voted the most influential work of Modern art in a poll of 500 art experts. What makes art, art, is a fluid concept; nothing is static. What could initially be dismissed by academics may be lauded by future generations of art scholars. With our ever-evolving theories on art, we are continually modifying what is accepted as both valid and valuable. So, we must keep repeatedly exposing ourselves to, and creating, art that pushes boundaries, asks questions, challenges conventions. It is an ongoing process that is unceasing—we should always be redefining what art is to us. Through this careful and continual assessment, we not only become better acquainted with ourselves, but with the world around us, as seen through the lenses of other creators. 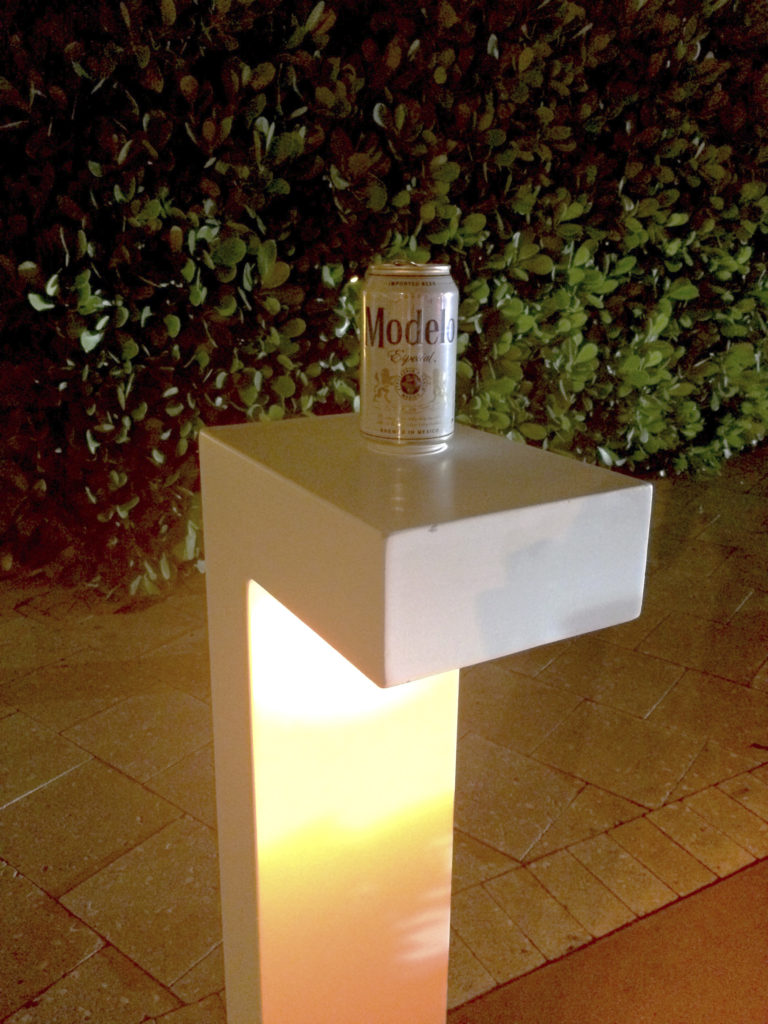 To maintain an open and flexible mind about what art is, we need to frequent art fairs, exhibitions, and performances; to read about and discuss art often. We need to learn about and create bodies of work that push us to go beyond the realm of what’s safe, accepted, and established. Our perspective on art should forever be enduring refinement, and we should always be asking questions, not asserting concrete answers. There is no definitive answer to the question, “Art or nah?” It’s just the beginning.

Dr. Julian Chambliss is a professor who is very good at what he does. And that is to profess. With little prodding he can lay a plethora of interesting, thought-provoking knowledge and opinions out END_OF_DOCUMENT_TOKEN_TO_BE_REPLACED