Brian Phillips is a Florida-based painter, sculptor, designer, and multimedia artist. His paintings, sculptures, drawings, videos, and collages are dramatic and visually striking in their depictions of nature, destruction, and preservation. Phillips is a self-taught artist who has participated in numerous exhibitions, making name for himself in Orlando in group shows such as Threshold at Twelve21 Gallery, and a solo show, There Are No Words, at The Space.

The artist’s chosen subject matter frequently features recurring icons and elements, such as animal skulls and bones, scientific looking representations of insects and birds, as well as human faces, figures, and internal organs. Phillips’ highly aestheticized works also frequently make use of flat fields of color; dimensional, geometric shapes; and juxtapositioning of representational and abstracted forms with a designer’s attention to color, form, and composition. 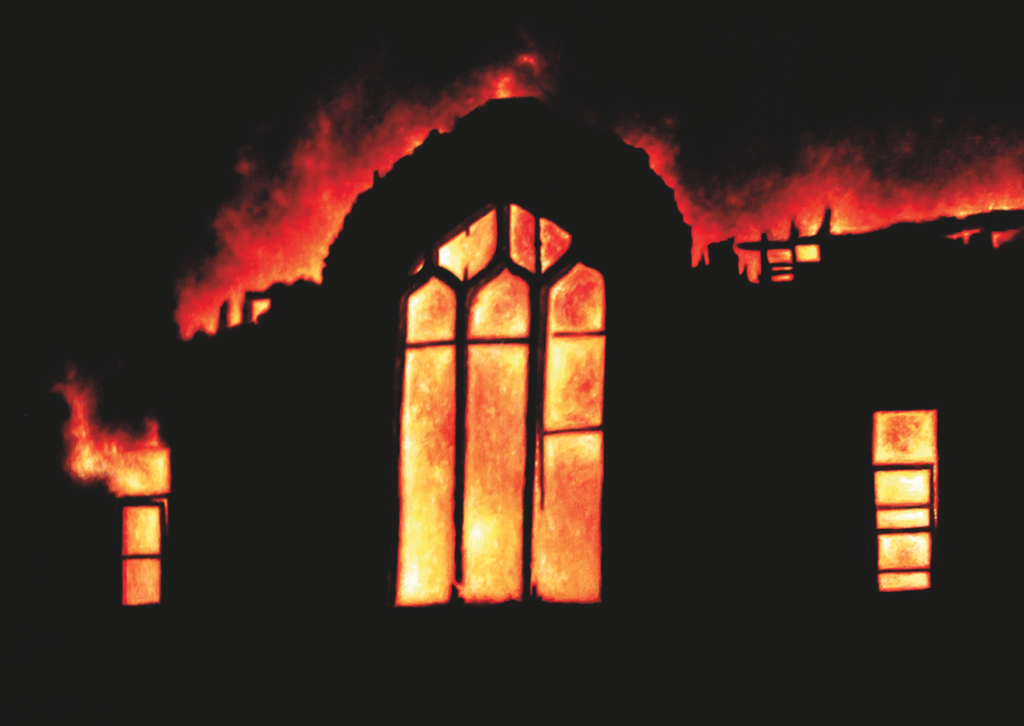 Ever the Dim Beginning, acrylic on canvas

Philips’ ability to perceive and render natural and realistic forms is a fascinating aspect of his process—a willingness to slow down his practice of observing and making with respect for the proportions, details, and intricacies of nature. His sculpture, Plecia Nearctica, is a large, accurate representation of two lovebugs, “a monument to something that has become a part of Florida mythology,” according to Phillips. The sculpture shows great attention to detail and the nuances of the insect’s form, and would look in place in an entomologist’s study or 19th century cabinet of curiosities. 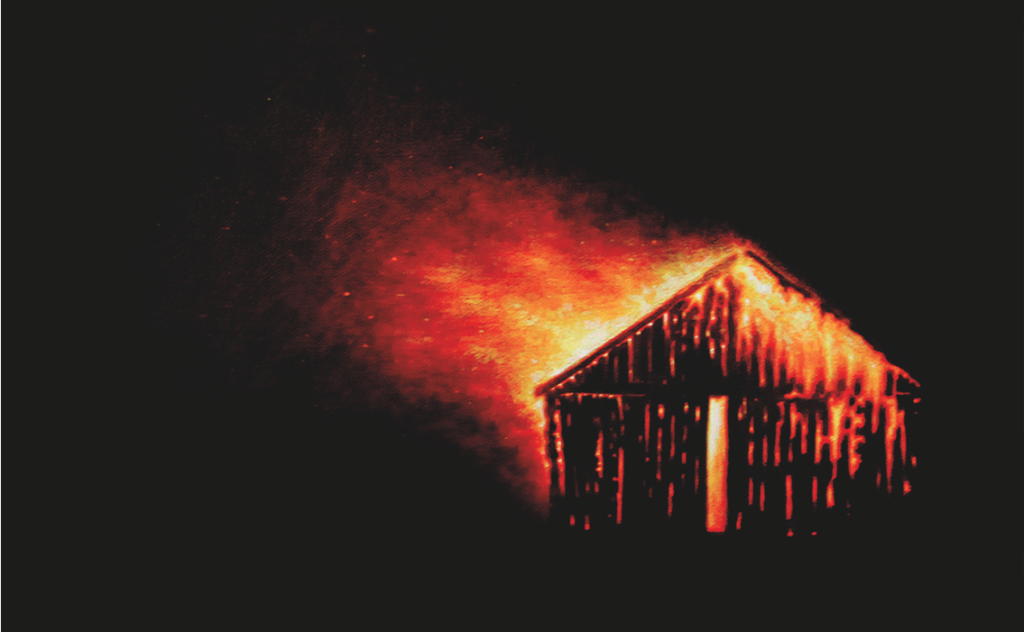 No More Puzzling the Hour Nor Day, acrylic on canvas

While Phillips’ paintings and sculptures representing the natural world are testaments to his draftsmanship skills and perceptive abilities, his series of paintings, Eidolons, are more minimal and dramatically expressive. The series of fourteen paintings depicts burning architectural structures and eclipses; bright flashes of light enveloped in black backgrounds. An eidolon is an idealized person or thing, or a specter or phantom. In ancient Greek literature, the spirit-image of a living or dead person; in mystical and occult philosophy, the astral double after death, before disintegration. Phillips’ burning edifices and eclipsed heavenly bodies are foreboding and seem to prophesize some kind of apocalypse (a sensibility perhaps informed by Phillips’ observation of nature, and the looming consequences of climate change). Phillips’ video and sound works are eerie and ambient visual landscapes, using sourced and original video footage to create similarly apocalyptic atmospheres. 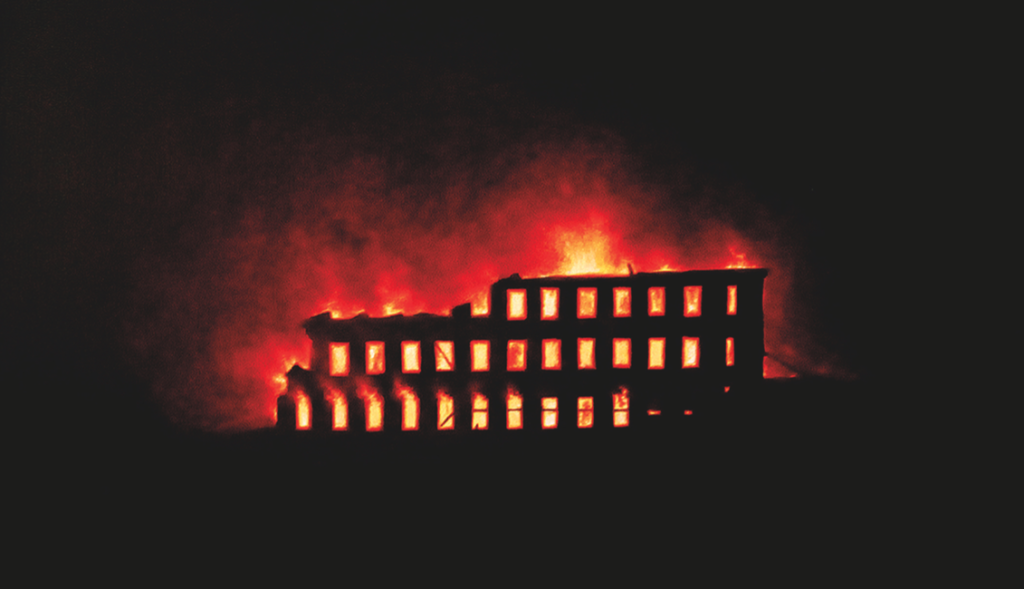 Brian Phillips’ observations of the natural world are a poignant homage to the things we face losing with our planet’s climatic stability. This apocalyptic sensibility is fitting of our current cultural and geological epoch, the Anthropocene (the period during which human activity has been the dominant influence on climate and the environment).

You can find more of Brian Phillips’ work at: www.supercontinent-bp.com

The agricultural history of Florida preserves itself within the art pieces of In the Eyes of the Hungry, an exhibition on display at the Orlando City Hall Terrace Gallery. The show’s title comes from END_OF_DOCUMENT_TOKEN_TO_BE_REPLACED