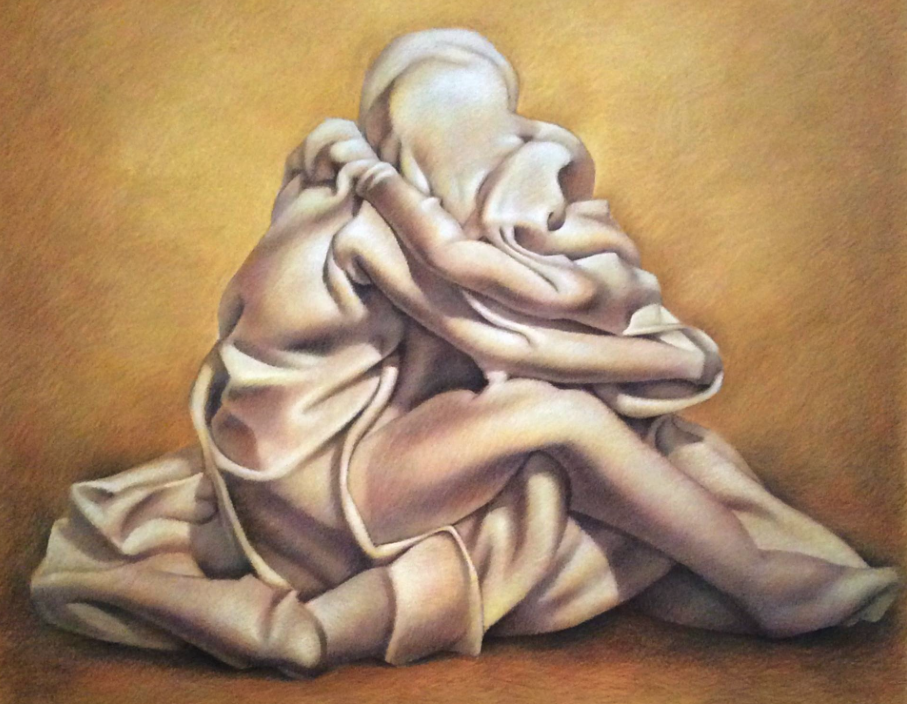 Born in San Juan, Puerto Rico, Hector Leon’s family moved to the U.S. when he was 5 years old. His moody charcoals, dark pastel images, and paintings follow all of the lush and ample contours afforded to a funeral shroud. “I like the contrast of black and white,” he commented while discussing his style that nods toward neo-expressionism. With canvases whose central figure is often a body enrobed, Leon maintains a healthy balance between minimalism and adipose opulence, as demonstrated by his “Venus”. (a good image to use if you have not already made the selection) 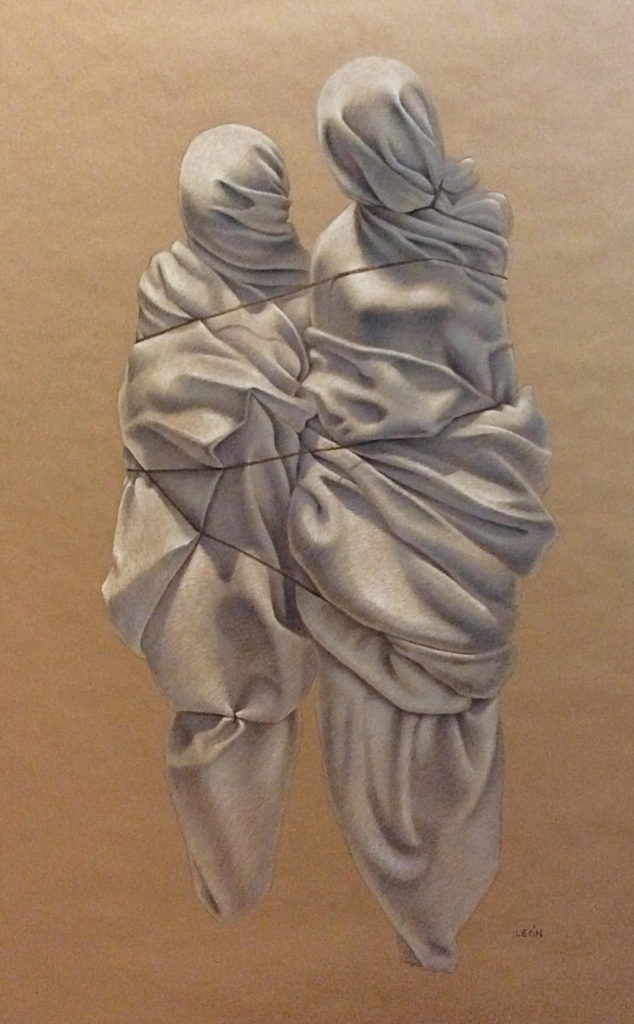 Leon considers himself largely self-taught, propelled forward by a hardy appetite for the works in museums and galleries. He is informed by a youth filled with graphic novels and an adulthood of courses on color theory and art history. He has further been encouraged by his wife, who gifted him an easel when she saw that it was time for him to spread his wings.

His ceremented figures representing elements of psyche become more potent when viewed as a collection. Leon’s intent to portray individuals without gender or race lays bare the humanity and fundament of death which we all will share. In contrast, Leon’s day job as an airplane mechanic keeps him bound to clockwork schedules and gears: moving parts and hard metals. He paints mornings and evenings in a studio set up at the Orlando home where he lives with his family.

“I’m interested in dealing with the human condition, the internal condition, and how we are all somehow controlled by our own mental make-up,” he says of his work. For reference images, Leon constructs wooden armatures and cloaks them in cloth mantles to be photographed before he takes to the page.

His latest works have been larger-scale charcoals focusing on, “life and death and our roles in the universe. My theme is about the body returning back to the earth, the earth consuming it, using that energy, turning it into other forms like plants providing nutrients to the soil. The unifier is that constantly regenerating yourself is something normal in the process.”

Billy Manes is Editor-in-Chief of Watermark Publishing Group . Follow our weekly excerpts of a draft of his autobiography, Yesterday is Dead: Life and Men and Death and Love.  We originally wrote END_OF_DOCUMENT_TOKEN_TO_BE_REPLACED