Last year there were 33,636 deaths in the United States from firearms. Of those, 11,208 were murders and 21,175 were suicides. In-depth studies of gun deaths in this country have been blocked. The Center for Disease Control (CDC) was banned from researching gun violence in 1996. The NRA pushed this. This just smacks of blatant dishonesty. What are they afraid of? I’ll answer that rhetorical question. The truth. I’m sure they know the truth, but they would like to keep it among friends.

In 2015 automobile accidents killed 38,300. The pro-gun people often say, “Cars kill people too, why don’t you make them illegal?” They say it in a dumb know-it-all tone. They usually fail to mention that cars are necessary for most Americans to get around. Cars are designed for transportation. Guns are designed for killing. Most people can get to work or school without a gun. There is a constant effort to make cars safer. Mandatory seat belt laws, airbags, and car seats for kids are just a few examples. If you own and drive a car you have to have a license and insurance in many states. The license requires passing a test. The car-gun argument is just one of the many inane and distracting arguments I hear from the NRA types. I am tired of people saying things like: if guns are illegal, hammers, forks, or whatever should be illegal. First of all, these other items have purpose beyond killing. Most are suggesting sane restrictions, not making guns illegal. There is no comparison between the possibility of quickly killing several people with an AR-15, or pulling out a knife and a hammer. I am tired of smug engineering lessons, telling us how large the barrel is or something that takes away from the fact that the gun just killed several people. 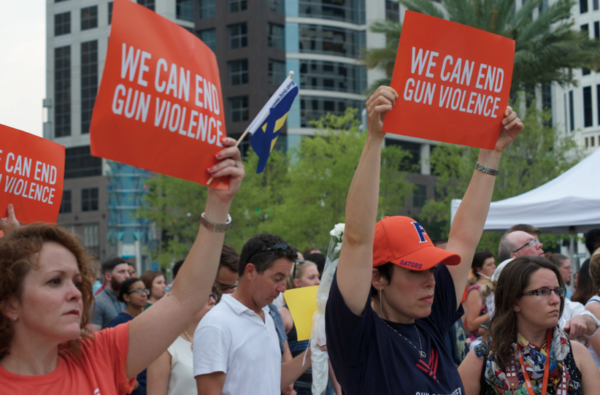 There is no real outcry when medicinal marijuana gets voted down in this state, yet I’ve never heard of anyone dying from marijuana. In 1987, one kid died from Jarts (lawn darts). They were immediately banned. Yet after mass shootings like Sandy Hook, Pulse, and the too-many-to-list, the NRA will unload insensitive platitudes that are supposed to prove that guns are not dangerous. Then they will say it’s insensitive to talk about gun control or politics at a time like this. I don’t think I need to cite any of this because it’s everywhere and constant, especially following a tragedy. Then there is all this noise about their second amendment rights being violated. The second amendment reads like a proto-dada poem. A well-regulated militia? That’s our fucking point. I’m really tired of hearing about the fucking second amendment. People are dying. A lot have died, and a lot more will die. And all I can hear is a bunch of white dudes (full disclosure, I’m a white dude) that have probably never had their rights infringed upon, worried their rights are going to be infringed upon. Stop being so selfish. Think about what is really going on.

Do these same people who probably never read much more than the comment section on Facebook, (but come at us like they are constitutional lawyers) have any idea what the second amendment even means? Do they complain when someone’s fourth amendment rights are violated? Rarely. In case you don’t know that one, I will reduce it to: we are protected from unreasonable search and seizure. The NRA only gets upset about this when a bunch of white guys who have taken government land get searched.

The NRA presents itself and its constituency as folksy Americans. The kind that work hard. A person you can trust. I can’t speak for a lot of their members, but I can see that the NRA is a sleazy operation who wants guns to sell. Their marketing tactic is fear. Every time there is a mass shooting a lot more guns sell.

Another classic the NRA spews is the good-guy-with-a-gun nonsense. I remember after the Aurora movie theater massacre, I heard so many people mention the good-guy-with-the-gun argument. I like watching action movies too, but I’ve never been so delusional to think that I’m James Bond or whoever is jumping from a jeep to a low flying plane while carrying a machine gun. Hey boys, this is real life. A witness in the movie theater said that the theater was so dark and smoky that they couldn’t tell if there were accomplices. The assailant was covered in body armor, but if a “good guy” had pulled out a gun, and another good guy pulled one out, how would they know who was a good guy, and who was an accomplice. How do we know which one is the good guy, and which one is the bad guy? How come we rarely hear about these good guys coming to the rescue?

Right after the worst mass shooting in American history at Orlando’s Pulse nightclub, the NRA started to focus on the shooter being from Afghanistan and calling 911 saying he was with ISIS. Of course, ISIS claimed him. They will claim any awful person. There was no mention that killing took place in a gay bar, during Latin night, and that it was likely a hate crime against gays and Latinos. Instead, it became a hate crime against Americans. Okay, that is a normal distortion in the NRA world. A few days later the Senate voted to reject the vote to ban selling guns to someone on a no-fly list. Marco Rubio – who stood in front of Pulse a few hours after the shooting – was one of those who voted to sell guns to people on a no-fly list. Then we read how much these politicians get paid by the NRA. Why is an NRA rating for a politician even relevant? Why is a high rating a good thing? Why is it brought up by Mitch (the obstructer) McConnell that the next Supreme Court Justice needs to be on the side of the NRA? A high rating should be a red flag. It makes me think you are on their payroll. 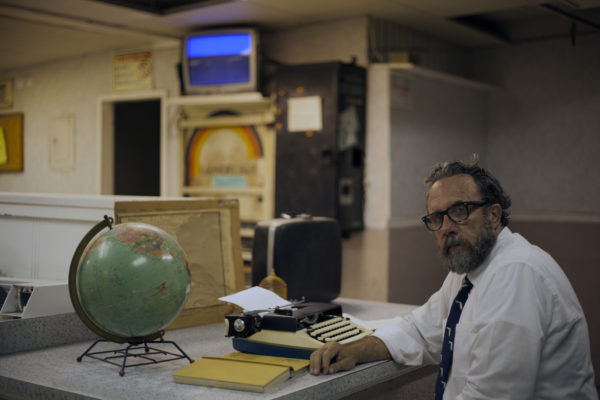 Why is this the only issue where people say there’s nothing we can do? That if criminals want to get guns they will? Why are some of these people the same ones that say nobody is doing anything to stop terrorism?  What if we used their logic? What if we said, “Oh well, terrorists are going to kill, there’s nothing we can do about that.” How about this: if something is illegal someone can be arrested. How about if we approached it the same way we approach all crime? We enforce it. Oh wow, am I the first person to think of that? I hope the hell not.

Pro-gun people: quit using examples like Chicago as a place where there is gun control, and there are murders. For one, they usually don’t give any context or other information. You don’t have to go far outside the city limits to get a gun, and these vague statements don’t address other problems that Chicago might have. What about Australia or any country in Western Europe? They have tighter gun laws and way fewer murders.

When I heard Wayne La Pierre (the head of the NRA) say – right after Sandy Hook – that schools should arm themselves, I wasn’t as astonished at his insensitivity as I was that he had people following him and repeating this as if it were an answer.  In the same speech, he talked about how politicians use tragedies for political gain. I would think he was referring to himself, but he is not that enlightened. He was actually referring to those who suggested gun restrictions following the tragedy. To me, La Pierre’s comments are equivalent to someone saying we need to figure out how to stop the flooding from happening again following Katrina, and someone else saying the person wanting to stop the flooding is an opportunist.

We have a problem with guns. Please don’t say it’s the people, not the guns. It’s the people with the guns. A lot of the discussions I hear or read on social media tell us what’s not going to work. That is consistent with the NRA’s narrative. They are the first to say it’s not guns it’s the mentally ill. Okay Cowboy, that suggests a few things to me. One: it suggests you don’t think the mentally ill should have guns. Wait, that sounds like gun control. Part two of that? The party that is quick to support the NRA, is also the party that doesn’t want to fund mental illness. I’ve got an idea. Why doesn’t the NRA use some of that money to help the mentally ill? Come on you patriots show us you give a shit about this country.

Let’s face it. We don’t have any concrete answers. We have a lot of people telling us what won’t work. We don’t have many offering to figure out what does work.

We need to have real discussions that are not blocked by the NRA’s rhetoric. I live in Orlando, less than two miles from Pulse. Every time I hear a siren I shake. I don’t want to live this way. I don’t think I have to.

Following the killing of five Dallas police officers, the Dallas police chief came out and called bullshit on open carry. Now the Republican National Convention says no to open carry. It’s becoming pretty evident that the concept of open carry is an incredibly immature idea. I would imagine police officers would be terrified of open carry. This followed the NRA’s tepid response after Philando Castile was killed by a policeman. Castile was a black man with no record who had a concealed weapon with a permit. It’s apparent that the weapon didn’t save his life, and likely was part of the reason he was killed. I keep hoping that all of these incidents will take all of the NRA’s credibility away, but I’m not really hopeful.

I’ve had NRA members threaten to shoot me after posting something on Facebook. While I love irony as much as the next person, this is not the fun kind. We cannot be held hostage by people that are enabling gun violence. They are not patriots. They are not protecting anyone.

One thought on “From the Desk of Pat Greene: Fear and Loathing of Contemporary Gun Culture”

About an hour outside of Orlando, past derelict mom-and-pop convenience stores, warehouses, and modest homes wrung out by the hands of time, sits the largest single-site collection of Frank Lloyd END_OF_DOCUMENT_TOKEN_TO_BE_REPLACED