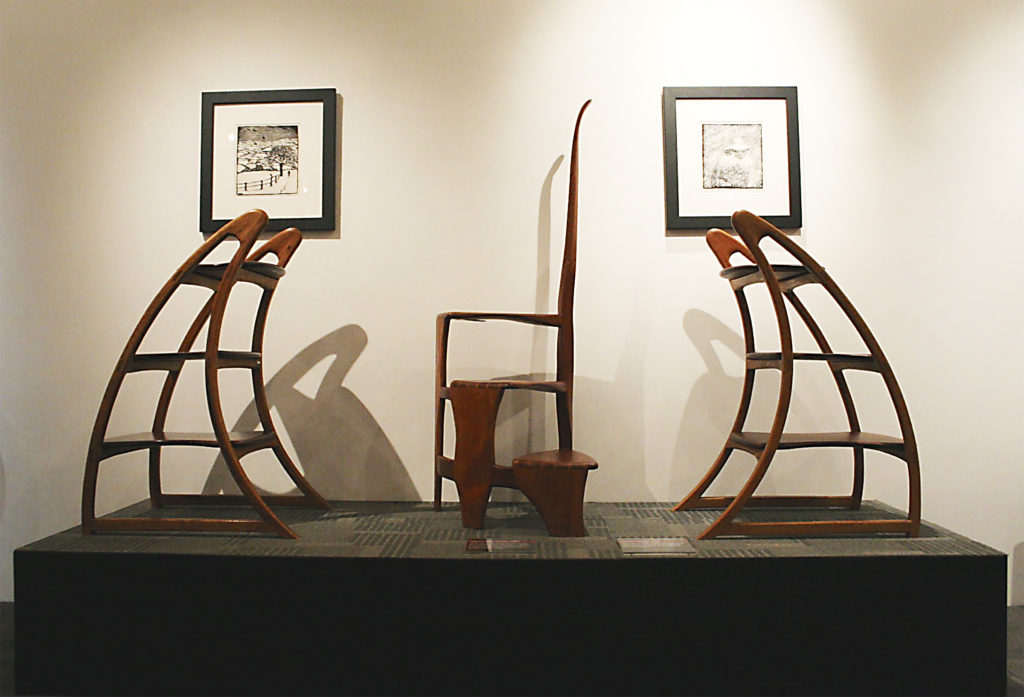 Tucked away between shops and restaurants in a sleepy town 30 miles north of Orlando, sits the Modernism Museum Mount Dora. Comprised of a relatively small, single-room gallery space which mimics the quaintness of the rest of Mount Dora, the Modernism Museum packs quite a bit of history, art, and design into the modest space. The current exhibition, esherick to NAKASHIMA, introduces the work of American woodworker and furniture maker, George Nakashima, and juxtaposes it with the works of previously exhibited sculptor and furniture designer Wharton Esherick. 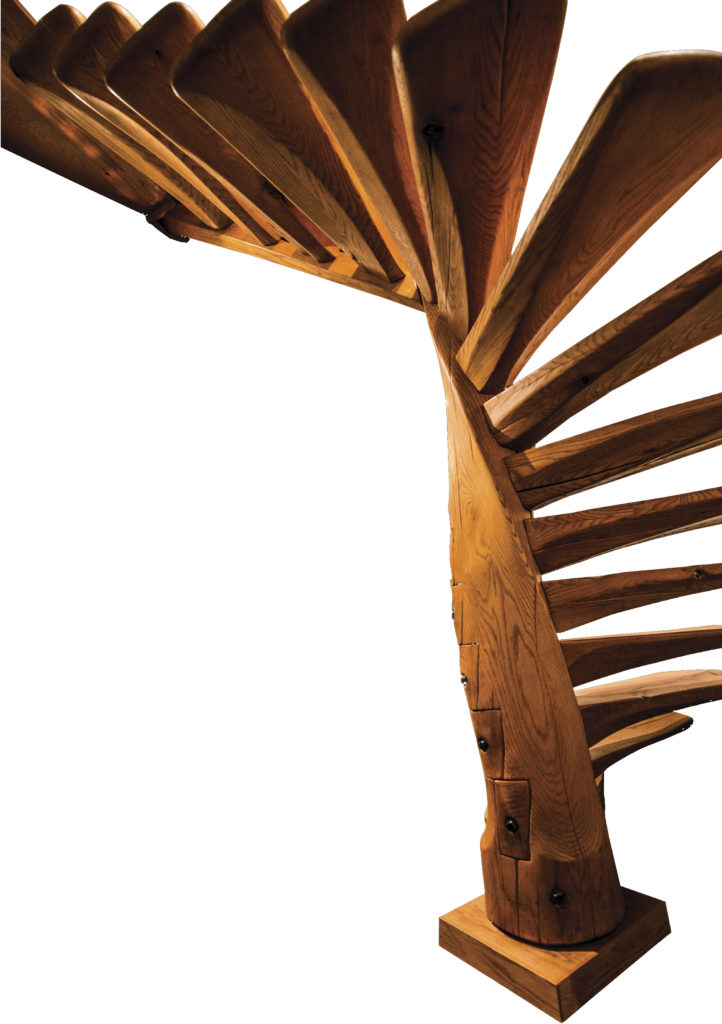 An admirer of design myself–particularly gravitating toward iconic designs like Eames chairs and Noguchi coffee tables–I was a bit remiss as a midcentury design enthusiast having never heard of either name. Ready to sate the hunger to expand my modernist palate, I dug into the exhibition. While the majority of the works echo the “form follows function” sentiment of modernist designers, woodblock prints, and sculptures as art objects are also included in the collection.

Particularly enamored with the works of Nakashima, I admired the way he wanted to honor the organic material sacrificed for his creations. The juxtaposition of regimented geometry with the natural, free edges of wood perfectly symbolizes the harmony and balance of Japanese culture. Out of a desire to connect with his Japanese heritage and create works inspired by the understanding of his familial roots, Nakashima wrote, “I longed to find and touch the creative roots of tradition, to trace my fingers through the white sand and feel its essence, to focus on a tree and experience its meaning, to join its karma, its destiny, with mine in order to search out the reason why my people look on nature with reverence as they do.”

Echoing this Japanese concept of harmony and simplicity, and channeling the rebellious spirit of the Modernist movement, I’m breaking journalistic conventions and responding to esherick to NAKASHIMA with a series of original haiku poems. 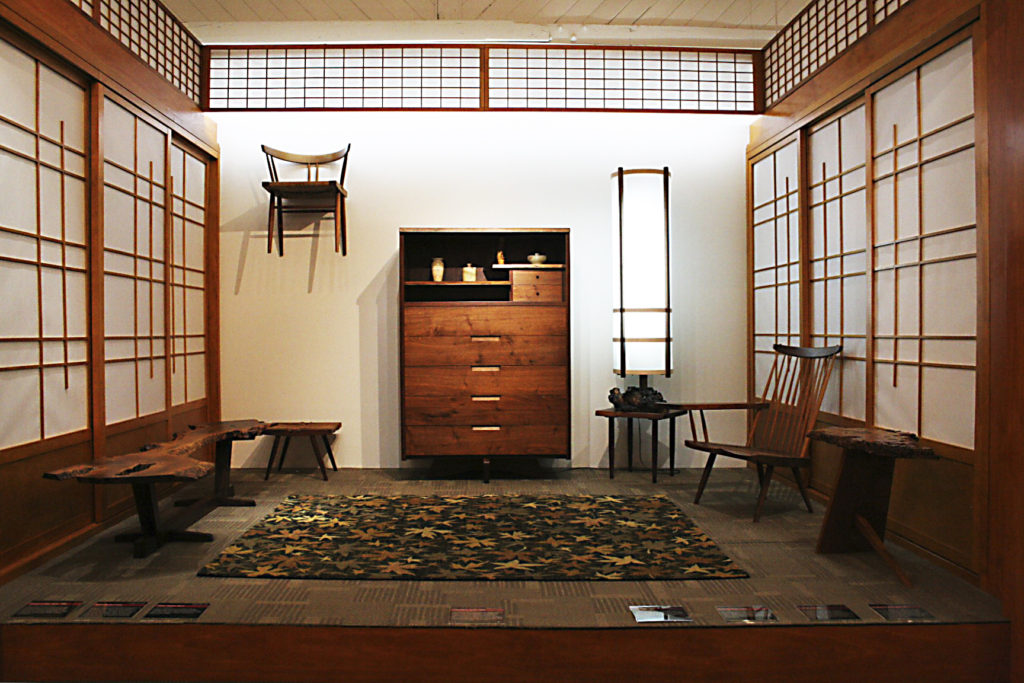 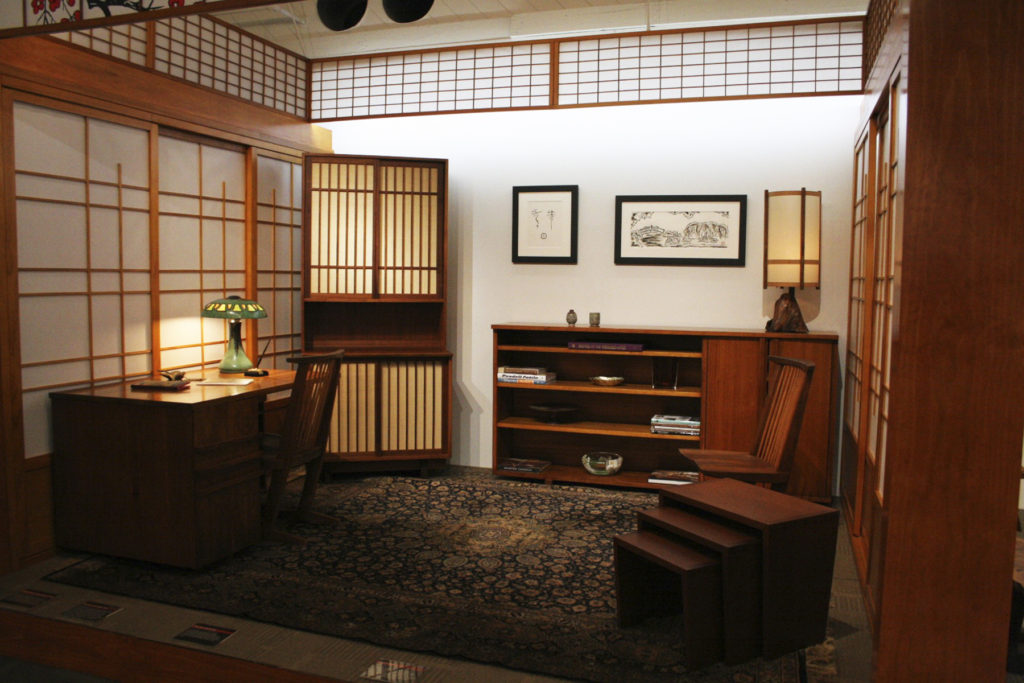 remain when cut from their roots

of the spirit of a tree

remains in its grain

curve out into space

the east juxtaposed with west

a surface expands its arms 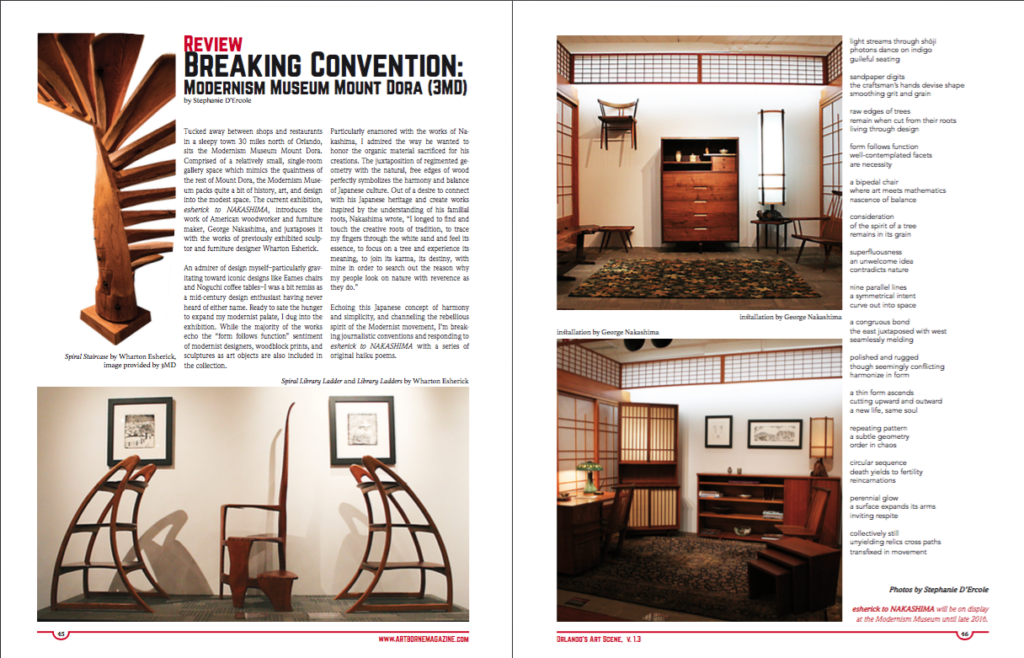 “Fly. And maintain your spirituality your way, young man.” – Mother, Athena Lark   Two spaces that shaped the beginnings of my positionality as a child: The tabby slave house at the END_OF_DOCUMENT_TOKEN_TO_BE_REPLACED