Derek Demeter is a conservationist at heart. He uses the road less traveled out of an occupational necessity for dark spaces, and takes some stellar photography along his route. Flights of fancy aside, Demeter is an astronomer with a passion for photography that evolved concurrently. “Astronomy was the first thing I was ever obsessed with—I knew since I was a child that this was my fire.”

Drawing support and inspiration from studious, intellectual parents, Demeter was introduced to the sciences at a young age and reports having always loved technology. In high school, he joined the photography club, affording him traditional darkroom exposure and experience. His generation cusped digital and analog imaging, so when the opportunity came, he advanced to digital photography. 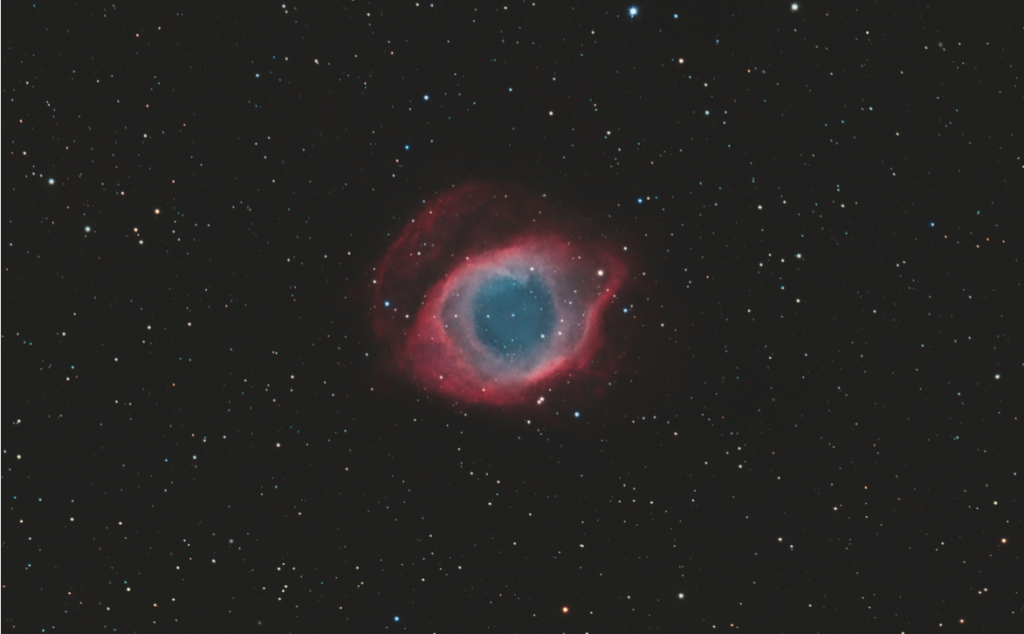 “In college I got my first real telescope and almost immediately, I wanted to hook up my camera. Taking pictures of the night sky with film used to be so difficult; digital photography really created a revolution.” The process involved tons of equipment; “It was astronomically expensive.” Photographers had to guide their telescope manually (unless they had a fancy Astrotrac) to make sure it was accurately tracking, and to prevent blur that would be caused by the aperture being left open for long nighttime exposures. They’d often use a guide camera and smaller telescopes attached to the large telescope—like coupling locusts—for more accurate control. “The advent of the digital age completely changed all that.”

Instead of staying cooped up in a research facility, Demeter has chosen to go into science education. He’s been the director of the Emil Buehler Planetarium for the past ten years. “I like people too much. I couldn’t be happy publishing and researching all the time—I wanted to tell people to, ‘look at that cool thing.’”

Asserting that “the best photographers are storytellers,” it’s what Demeter “like[s] to do with science education.” He is not only interested in passing on the lineage of our atoms and celestial bodies, but he’s also vested in opening doors for other Floridians to experience dark skies.

Light pollution is defined as having more than 14 micro candelas per meter². According to the International Dark-Sky Association (IDA), data shows light pollution spreading at a rate of 6% per year and affecting a staggering 80% of the globe.

“I want to really tell the story that light pollution is an issue in Florida, and at the same time help people reconnect with the wonders of the universe: the history of nebulas, galaxies, planets, and stars. My main thesis is using my camera to capture the beauty of our universe and who we are in connection to all that. With modest equipment, you can do the same.

“These photos are not taken using the biggest, baddest telescopes and cameras. For the amount of money you’d spend on a small boat, you can buy the equipment for astrophotography. That was a $1000 telescope, and my day camera—and I’m taking pictures of galaxies with patience and work.” 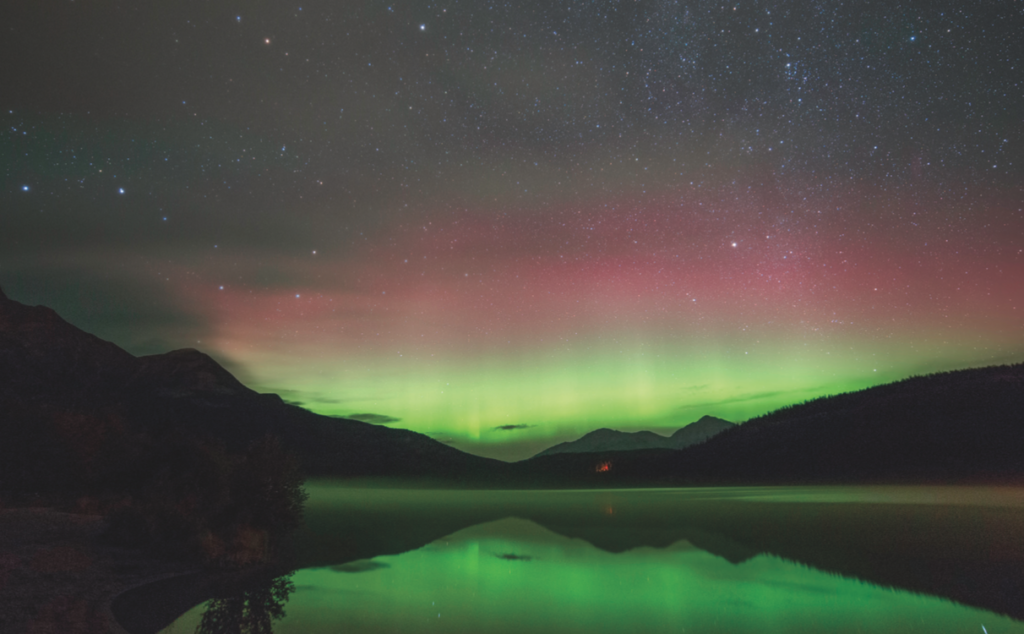 Deep in Jasper National Park’s wilderness, Demeter saw the heavens begin to glow and breathtakingly fluoresce. “It was a very spiritual experience with the curtains of light. I think I fell on my knees and was crying because it was so emotional.”

Folks have told him he was lucky to see such a thing, even though he’d spent months strategically planning his trip to coincide with peak solar and terrestrial conditions for the highest probability of borealis activity. I reminded him of the axiom that, “The harder one works, the luckier one is.” Demeter responds, “I don’t take seeing phenomena for granted.” Going out and encountering overcast skies, or not being able to see the event is just part of the process.

Demeter’s palms might get sweaty when he thinks about the annual meteorological and astronomical events by which space cases set their calendars. “New Moon Week” is a monthly event for him, when night photography will be at its clearest, and considerations are made during the entire week in the event of meteorological phenomena. August is punctuated by the Perseid Meteor Shower, and aurora season is the perfect time to rent a cabin in rural Minnesota.

He’s becoming a regular guest speaker at national parks and planetaria across the country. With foresight, he schedules strategically, even checking weather trends for which regions of the country will be clearest and when.

“Our observation season is wintertime; it’s better for deep space and astrophotography. Springtime is galaxy season. We can look deeper into the universe because of the astral landscape.” While his beloved nightscapes featuring the Milky Way were snapped in the summers. “My big prize this year is the solar eclipse in August, that’s in Oregon. I’m planning a trip to the fossil bed at John Day National Monument.”

You can see more at: 500px.com/DemeterDerek 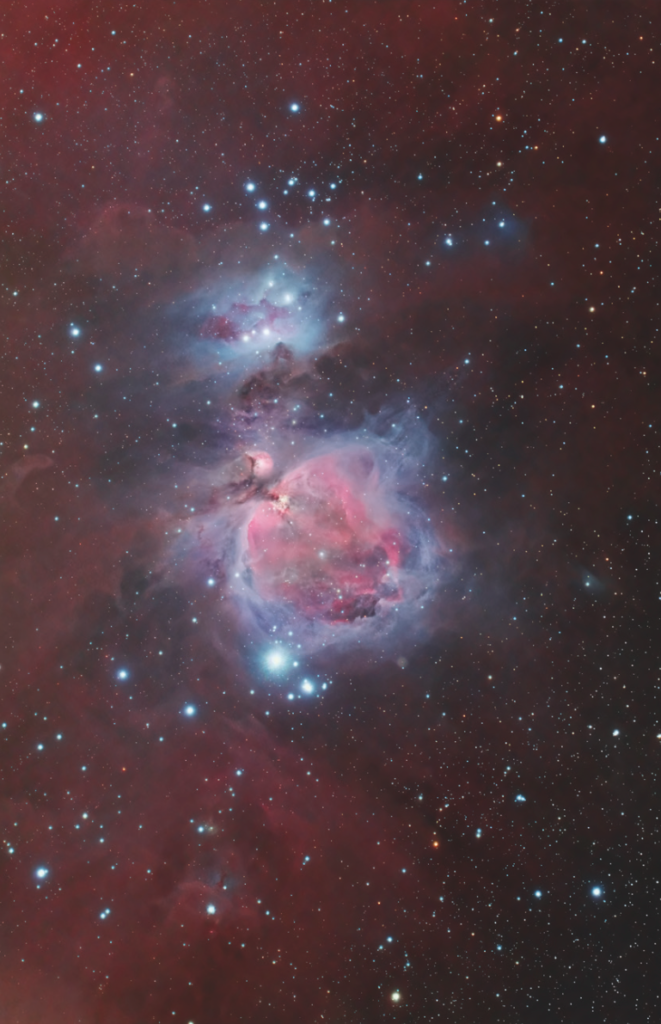 [Orion Nebula image— Caption: The Orion Nebula, south of Orion’s belt in the Milky Way, is about 1344 light years away. Stars are forming in the bright gas cloud near the center of this image, which Demeter captured at the remote Chiefland Astronomy Village.]

[Aurora Over Mirror Lake, Jasper National Park, Alberta, Canada. Image caption: The earth’s magnetic fields, produced deep within its iron core, shield us from solar activity in the form of solar wind and flares. At times of high solar activity, particles become trapped in our magnetic field and are attracted to the polar regions. Excited ionized gasses caught between the mesosphere and the thermosphere (60 miles up) react with oxygen to create green aurora coloration and hydrogen to create red phenomena. Demeter captured this image at over a ridge at Pyramid Lake using a ten-minute exposure.]

[Helix Nebula image caption: The Helix Nebula is one of the closest planetary nebulae to Earth, at 695 light years away, and is roughly the size of our sun. The white dwarf, at the image’s center, is “like the skeletal remains of a dying star.” Its outer layers rapidly expand out, sending rings of gas rippling into space. These gasses will remain luminous for a couple million years to come.]

The spire of Knowles Memorial Chapel at Rollins College can be seen high above the canopy of oak trees and buzzing minds. Daily, you can hear its bell sing at noon, throughout END_OF_DOCUMENT_TOKEN_TO_BE_REPLACED