The Davis Park Motel (now Faith Arts Village, or FAVO) was built in 1957. It was referred to as roadside modernism or Googie architecture. Googie was the name of a coffee shop that Los Angeles architect John Lautner designed. His designs often had an element of cartoonish futurism, almost Jetson-like, mixed with mid-century modern. They have been featured in many Hollywood films such as The Big Lebowski, Charlie’s Angels, the James Bond movie, Diamonds are Forever. 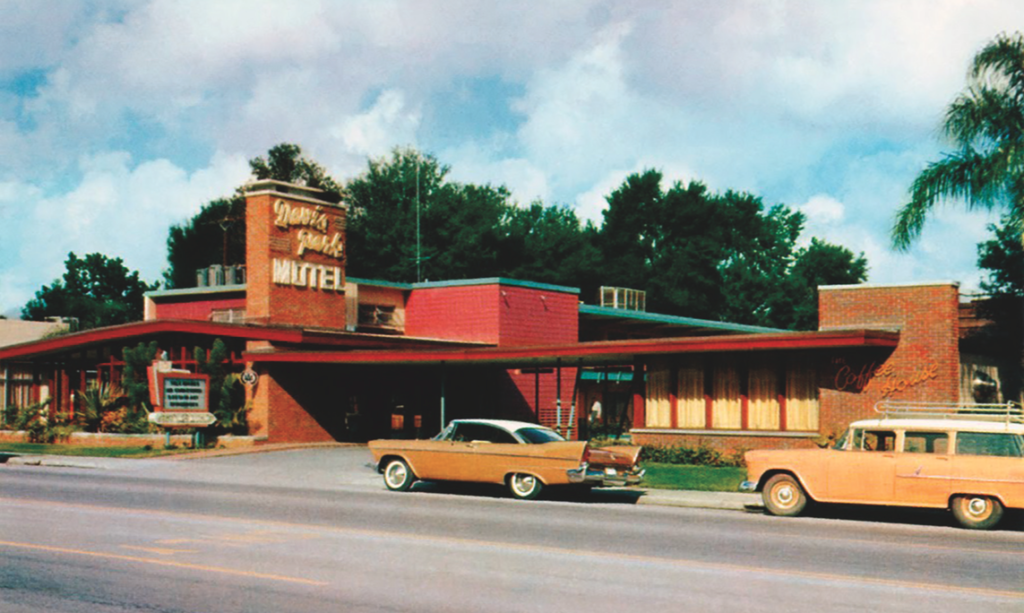 The front building of the Davis Park Motel was made over or covered up in the ’80s. However, the back building is, for the most part, unchanged. The type of design is so ingrained in my experience of growing up in Florida. This installation pays reverence to an aesthetic that has mostly been removed.

Umberto Eco’s Travels in Hyperreality is a collection of essays that discusses humankind’s efforts to one up nature. I read the collection about ten years ago, but I’m always thinking about it. I think about how our country’s Sun Belt has been hyperreality’s biggest offender. Roadside modernism might possess enough kitsch to be considered hyperreal, but it is a look that has also become synonymous with a summer vacation, spring break, or a cold glass of Orange Julius. It feels like home, and it is relevant in my mind. 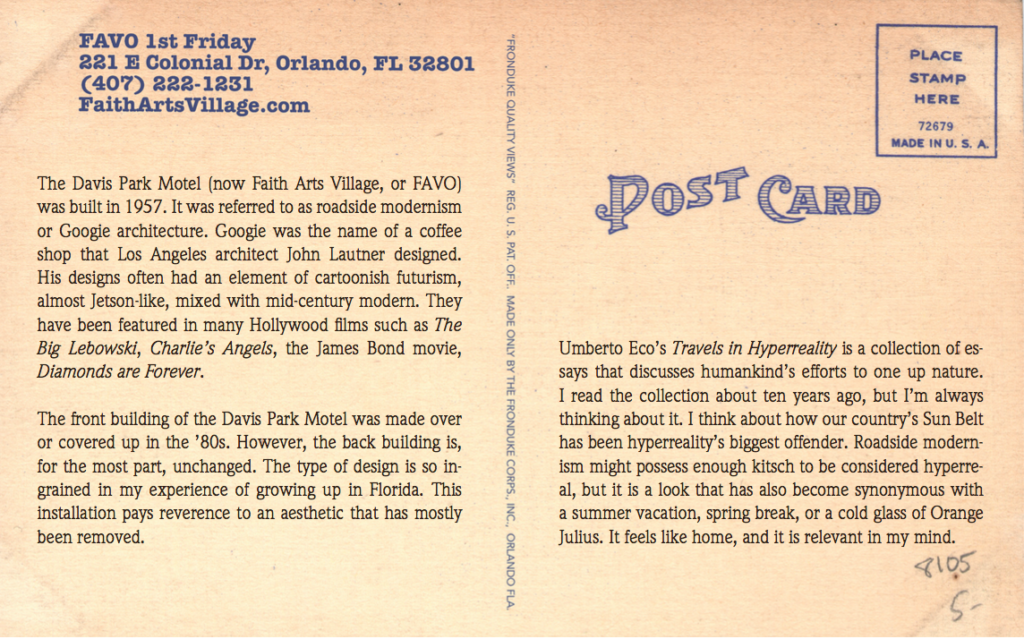 One thought on “Homage to Roadside Modern”

Some people associate skulls with death, but Nicholas Boyd, who paints under the pseudonym Loaf, sees them as a symbol of life as well. Wary of becoming a skull painter, Boyd tries to expand the END_OF_DOCUMENT_TOKEN_TO_BE_REPLACED