Katya Grokhovsky is an artist, curator, and educator, born in the Ukraine, raised in Australia, and currently practicing in New York. Her interdisciplinary practice spans many mediums, combining painting, drawing, performance, collage, installation, text, and video in an exploration of the body in personal and political realms. 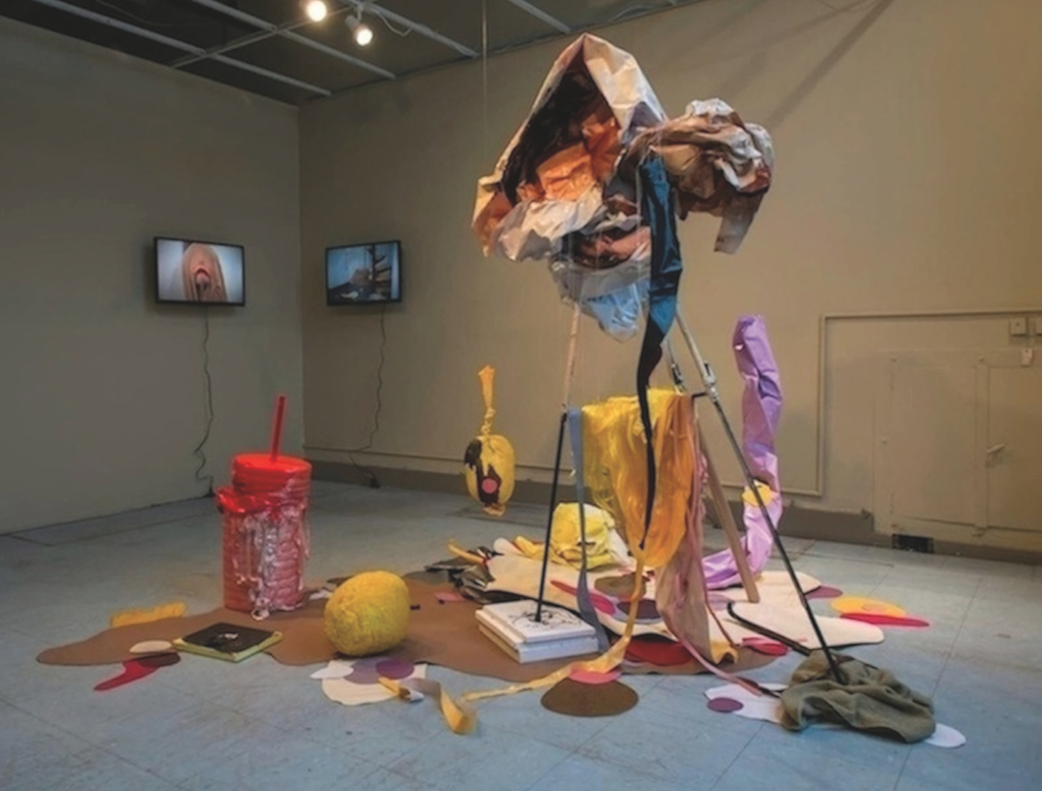 Grokhovsky’s first Bachelor’s degree was in fashion design (she later earned her MFA from the School of the Art Institute of Chicago) and her knowledge of fabric and textiles has informed some of her practice’s material and conceptual choices. Her installations often contain soft, textural, sewn, stuffed, tufted, and structural elements with biomorphic forms, while her performances and videos frequently make use of absurd costumes, wigs, and props in a theatrical invocation of the artist’s own physical presence and the performance of gender identity in gestures and actions. The artist’s works on paper and paintings contain formally similar references to the body, with several of her digital prints stepping further into abstracted figuration and use of photographic and collaged elements. 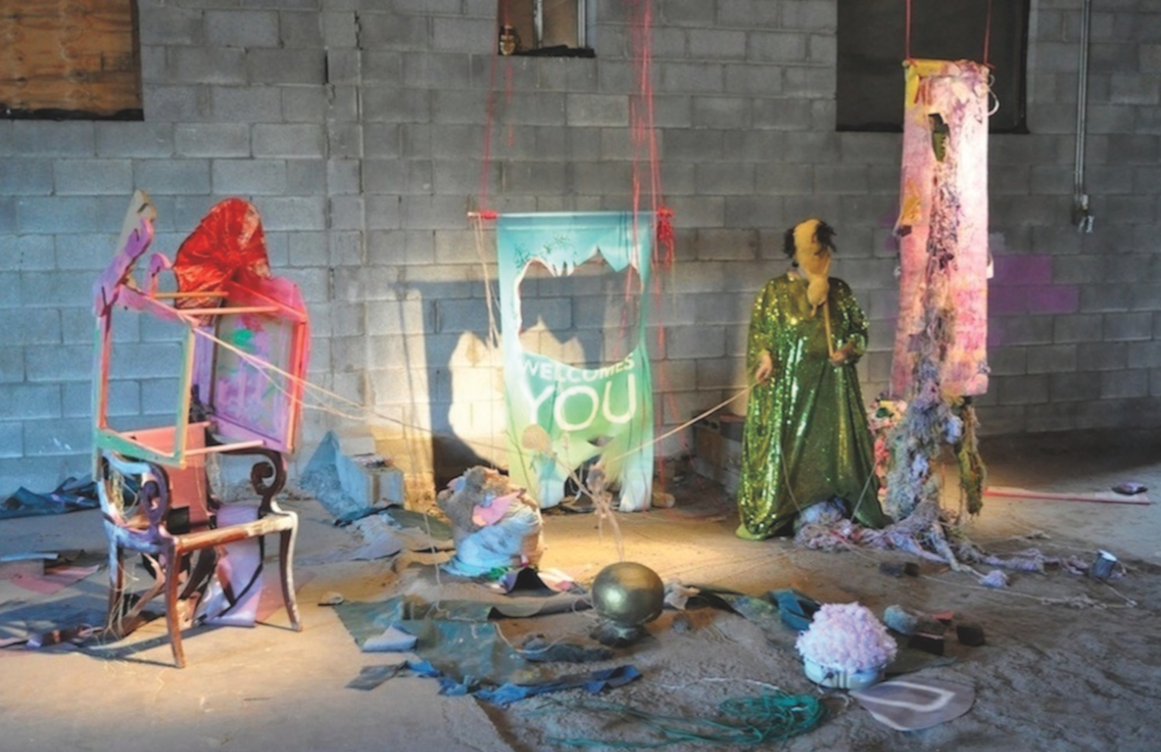 As a woman and an immigrant, Grokhovsky is concerned with the intersections of identity and politics, and her artistic practice as well as her curatorial practice are sensitive to this concern. Grokhovsky has stated that she is fascinated by how bodies are “perceived, examined, policed, colonized, politicized, and fetishized,” and creates work with the intention of subverting objectification of her female body, with an interest in the “conditioning of feminine and masculine and where they cross over into a grotesque zone,” and with an awareness of human bodies and their physical functions and mortality. These ideas and interests bleed into Grokhovsky’s curatorial practice, as well as more expansive projects such as the Feminist Urgent project (2014–present), which focuses on creating a platform for dialogue and facilitates discussions on urgent topics. While Grokhovsky mostly took a break from the Feminist Urgent project to focus on her personal practice in 2016—returning at the end of 2016 for some discussions regarding the current political situation, a few of which took place at Soho20 Gallery in New York—she has proposed relaunching the project in 2017 as a collective, curatorial platform and art blog. 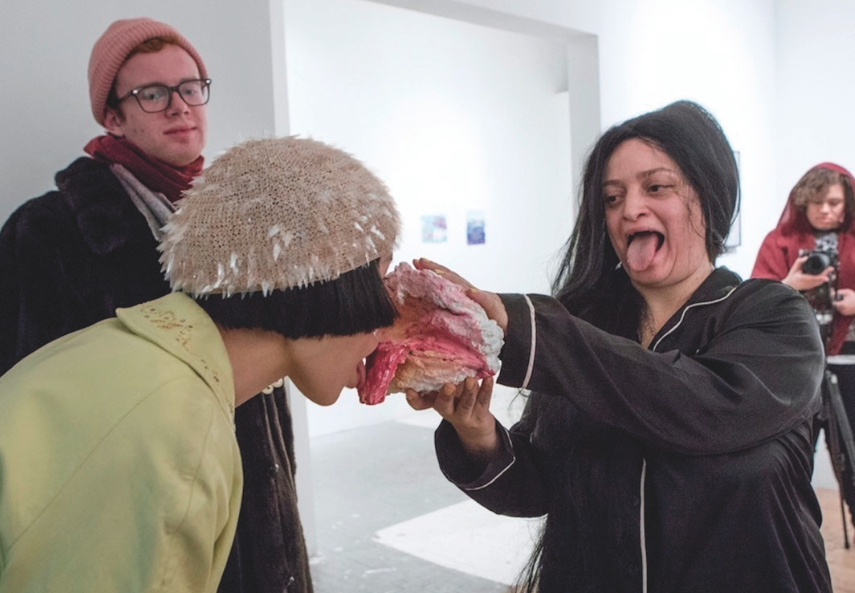 Grokhovsky’s curatorial pursuits grew organically from her art practice and interest in community involvement, as she began organizing more shows to increase visibility of underrepresented artists, which eventually evolved into an independent curatorial practice. In a recent interview with Frontrunner Magazine, Grokhovsky stated, “To me, it is all part of my art practice at large. As a curator I am interested in artists who work in themes I am interested in as an artist, so it is in a way a bridge, a way to connect, to break the solitude of artistic studio practice. My own art practice has its own language and codes of conduct, which might differ greatly from artists I curate.” 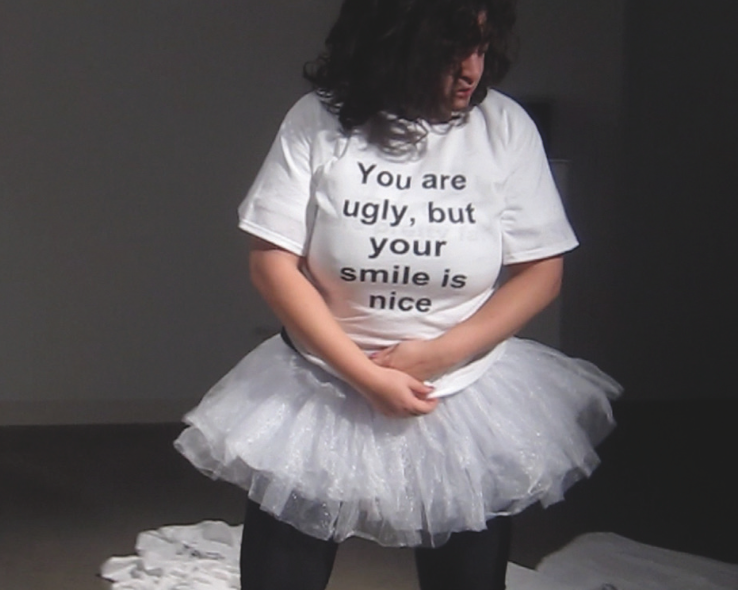 In our current political climate, this form of critical engagement is becoming increasingly crucial. Grokhovsky’s practice as a maker, as well as an organizer and facilitator of discourse, is a valuable example of how we, as artists, can wield our power as cultural producers attempting to dismantle unjust hierarchies.

The agricultural history of Florida preserves itself within the art pieces of In the Eyes of the Hungry, an exhibition on display at the Orlando City Hall Terrace Gallery. The show’s title comes from END_OF_DOCUMENT_TOKEN_TO_BE_REPLACED