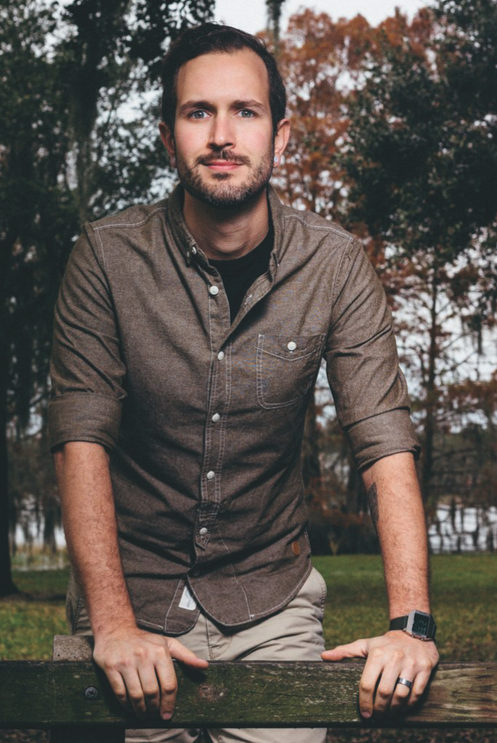 There’s a new online store that’s striking interest not only with artists, but also with the general public here in The City Beautiful—Secret Society Goods. According to the founder and graphic designer/illustrator, Sean Walsh, Secret Society Goods was born out of a few different passions of his. “This came from a lifelong interest in the macabre, a hobby of collecting bandanas and pins, but perhaps most importantly, the desire to join the growing number of small business owners in Orlando, who are producing great creative work and making this city a place to live, work, and thrive.”

For a long time, Walsh felt that Orlando was treated as a transition city. People went to college here and then moved on. Now it seems that there’s this tremendous amount of civic pride. People are happy and proud to be here, and so is Walsh, so he decided to take a leap and start his business. But what is the meaning behind the name?

“The name, Secret Society Goods, was somewhat dictated by the subject matter I like to work with. But beyond that, I like the people who seek out and buy my products to feel as though they’ve stumbled upon something special. I occasionally refer to the products that I sell as ‘artifacts,’ and I like my customers to feel that by purchasing them, they are joining our secret society.”

At Secret Society Goods, you will find tons of unique artifacts and accessories that you can incorporate into your everyday life. 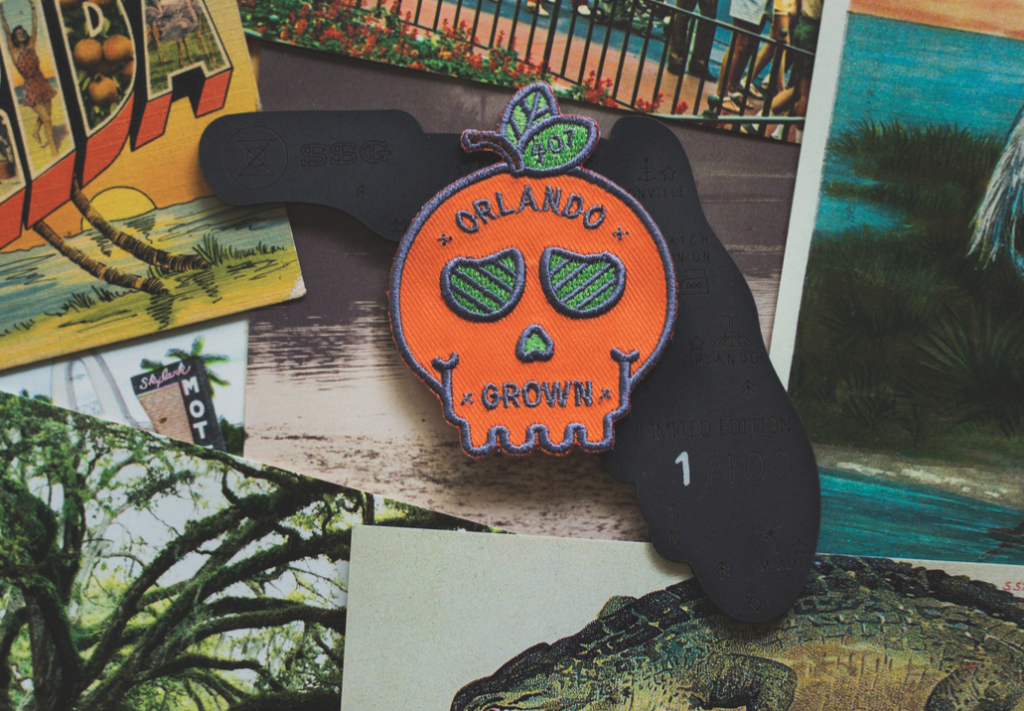 “I find that people purchase pins and patches that they identify with and that reflect their own interests or aspects of their personality. As for practical applications, a lot of people put their pins on backpacks, bags, denim jackets, and hats. I’ve had quite a few people tell me that they don’t have anywhere to put patches, but others have put them on laptop cases, sweaters, and jackets. I’ve even seen some people attach magnets to the back and put them on their refrigerator.”

Walsh strongly feels that Orlando is a growing city in the middle of establishing its own identity apart from the theme parks or colleges. “I’ve seen so many small businesses sprout up and establish themselves as members of the community, and they’re proud to be here. I’m proud to be here, too, and I feel like I have a story to tell. I want to give my customers ways to show that they’re proud of our city. You can buy an Orlando shirt from any gift shop on I-Drive, but when a member of the community makes it, it’s got a different meaning. It’s got soul, and it serves as a reminder to the Orlando residents that we have a lot here to preserve and cherish. At least, I hope it does.”

He expresses his love for the city through his pins and patches along with other artists. “There’s literally a pin or patch for everything! I’d love for people to check out the other brands in Orlando that are also making pins and patches, like Kill ‘Em with Cuteness, The Uncool Crowd, Hellcats Inc., and Horrorshow Goods. Even Lineage Coffee has pins now, and they’re great.”

One thought on “Representing Orlando with Secret Society Goods”

Best known for his popularly infamous series, The Pinks, Scott Scheidly was the cause of a lot of discussion in last month’s issue. His Ass Clown depiction of president-elect, Donald Trump, graced our END_OF_DOCUMENT_TOKEN_TO_BE_REPLACED