Anna Cruz is a storyteller.

“I used to dream in Tagalog often, but now not so much.”

In February, she got back from a nice long visit to Manila—the first time she’d been back in years. “I was still surprisingly fluent…my vocabulary isn’t as wide anymore, but I’ve still got the accent down.”

Her hand is practiced at making tiny icons: glyphs that have become GIFs, or Graphic Interchange Format: a lossless format for image files that supports both animated and static images. Tumbling through Cruz’s online profile, we find an Image Alphabet reminiscent of a universal pictorial translator card. Each icon distilled to an essence with playful detail and flights of fancy, transporting viewers to a feeling or a memory. 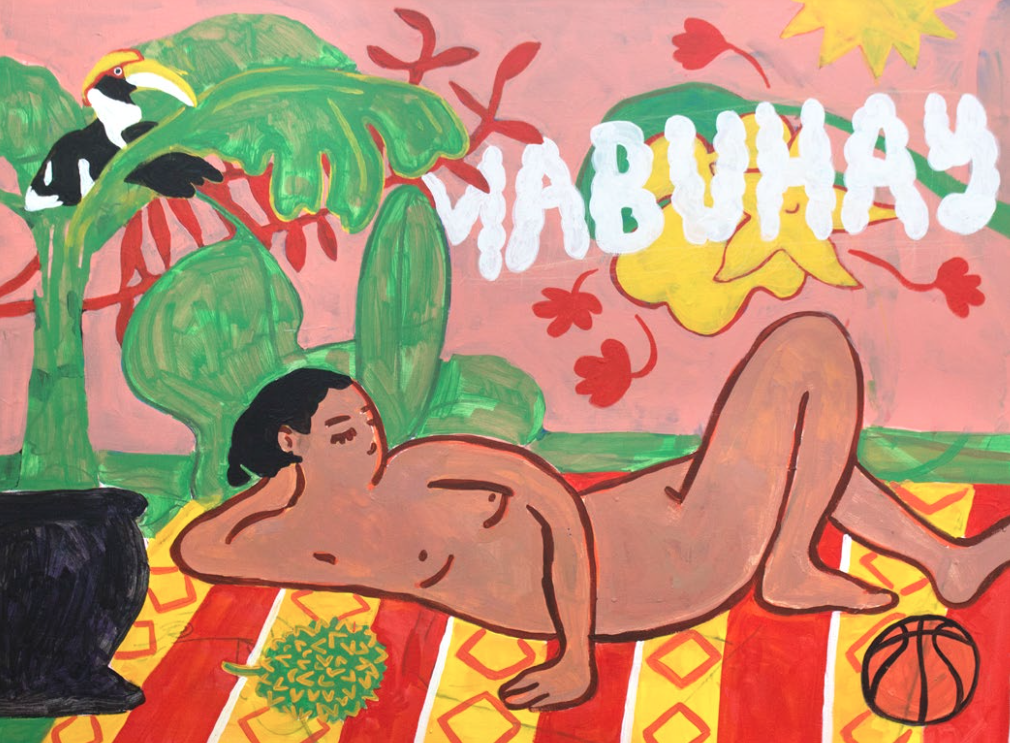 Some Version of Paradise, acrylic on canvas

Cruz’s story began in Bulacan, Philippines: a province where village life swelled up around her on weekdays while weekends were spent visiting her grandparents in urban Manila. The theme of straddling worlds echoed in her life after her family immigrated to the U.S. when she was 13.

She’s grateful to have attended a Montessori school where seeds of book-making and journaling were sown, followed by a “very technical” painting education at UCF. Around that time, Cruz began publishing her own zines: mini-magazines that would bridge elements of her sketchbook, journal, and storytelling processes.

When reviewing her collection of zines, a progression is evident; almost as the seasons between girl and womanhood, redolent with blooms of youth and transformation. Precious vignettes blossom to create non-linear stories like those seen in her Image Alphabet, with glyphs that are ripe for the GIF harvest.

Cruz continues to craft her vocabulary, with which subtle subtext will be woven through these images that are created with meticulous analog animation: her newest labor of love.

The zines have evolved through their phases, from her parabolic instructional manual on How to Open a Durian, followed by an Art Historical Survey, and most recently, Interview Before the Third—a treatise by Kanye West, abstracted from a magazine interview and illustrated by Cruz’s collected images. 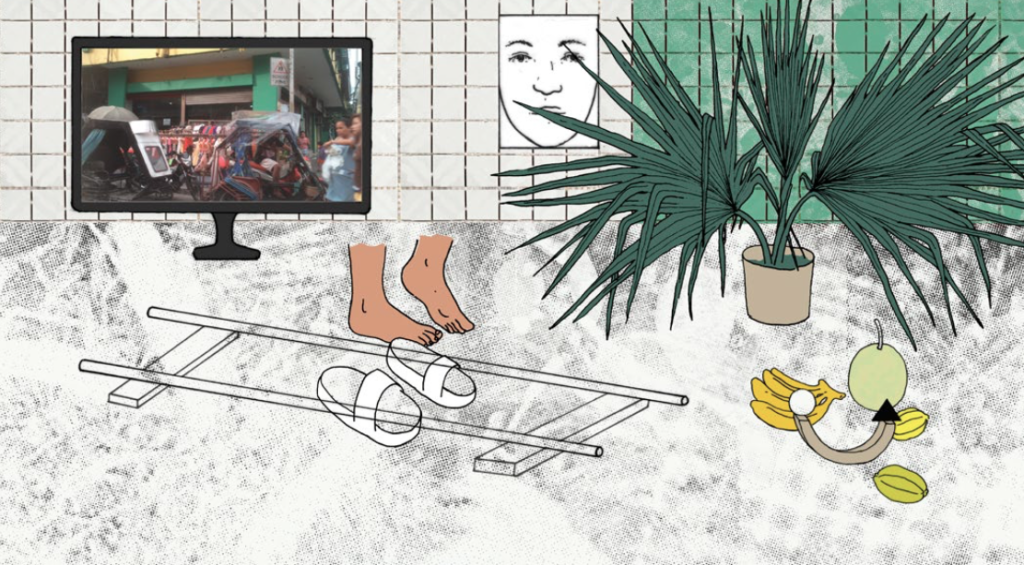 Later this spring, she’ll install looping GIFs in Portland, Oregon’s Soft Space gallery. When Cruz was invited to produce the animations several months ago she said, “I didn’t want to tell them I didn’t know how to do it, so I learned.” Thusly building her lexicon.

“It’s making me expand on a narrative,” she explained. “I have to visualize what’s happening between the pictures. Taking one picture and putting it under a microscope slows my thinking down, so I really have take my time…I like to use very mundane actions that require a lot of observing, so it becomes a meditation around very simple acts.” 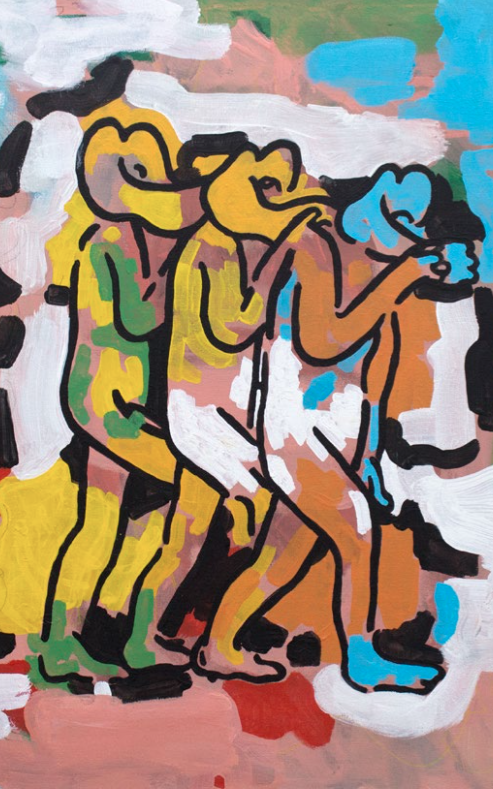 “So much in my vocabulary sped up when I made [my drawings] move…my drawings in the zines were storyboarding to get the idea, but they were still separate images,” said Cruz about the spaces she’s begun creating through this expanding, communicative topography.

Using vellum because it is thicker and sturdier than tracing paper, she layers one drawing atop the next and is invigorated by the challenges of these sequential images. “I don’t want to use programs [to draw for me]. I’m a basic draftsman and that’s what I enjoy most, figuring out how I want it to move. Then it becomes three-dimensional: not just left and right, but toward the viewers.”

Recently, Cruz and her partner, Adam Lavigne, started their Lemon Press to publish zines. At heart, she’s turned on by the proletarian nature of cheap art, calling the process “democratic.” She’s enamored by how they can be run and rerun to fuel demand, and be utilized as a vehicle to express a personal mythology.

You can see more at: AnnaCruz.tumblr.com

Dr. Julian Chambliss is a professor who is very good at what he does. And that is to profess. With little prodding he can lay a plethora of interesting, thought-provoking knowledge and opinions out END_OF_DOCUMENT_TOKEN_TO_BE_REPLACED