SPONSORED: Matt Sesow is a global citizen and self-described punk with a message not to be read but screamed aloud from the highest tower.

It wasn’t always this way.  When Sesow was eight, he was playing a game called spud in a Nebraska field near his home.  As he tossed a ball into the air and called out a number, Sesow never noticed a propeller airplane landing silently, engines off.  One propeller sliced off his left arm and the course of Sesow’s life was forever changed. 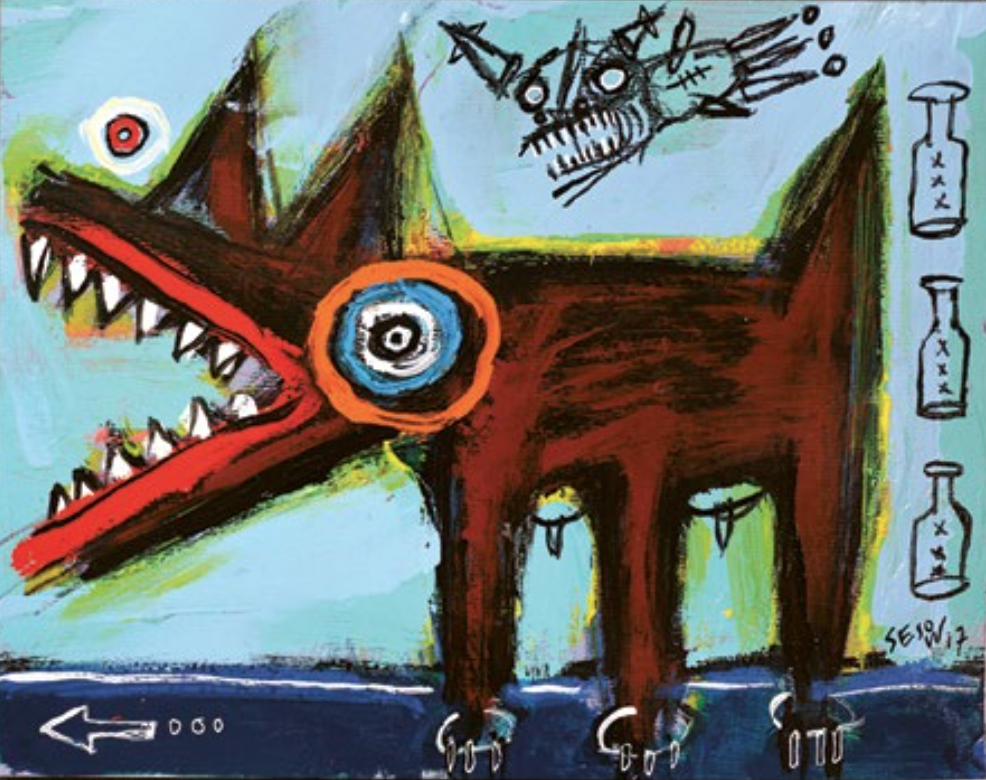 In 1994 Sesow started painting and funneled much of his grief and anger into his art. “Then I stopped having nightmares”, he explained.

Self-taught and intuitive, Sesow’s work can be likened to artists like Basquiat.  Bright primary colors are the backdrop for his bank of iconography that he selects according to his state of mind.

Sesow’s work is primitive but sly, distorted but vulnerable. “My path is a healing path” he simply states.  This healing path has brought him an abundance of success.  In 2013, his art was selected for “Breaking Barriers” a new United Nations stamp.  Last year he was featured in a solo exhibit Matt Sesow: Shock and Awe at the American Visionary Museum in Baltimore.  One thing that makes him popular among young collectors, many who have never bought art before, is the accessibility of his work with prices ranging from $45 and up. 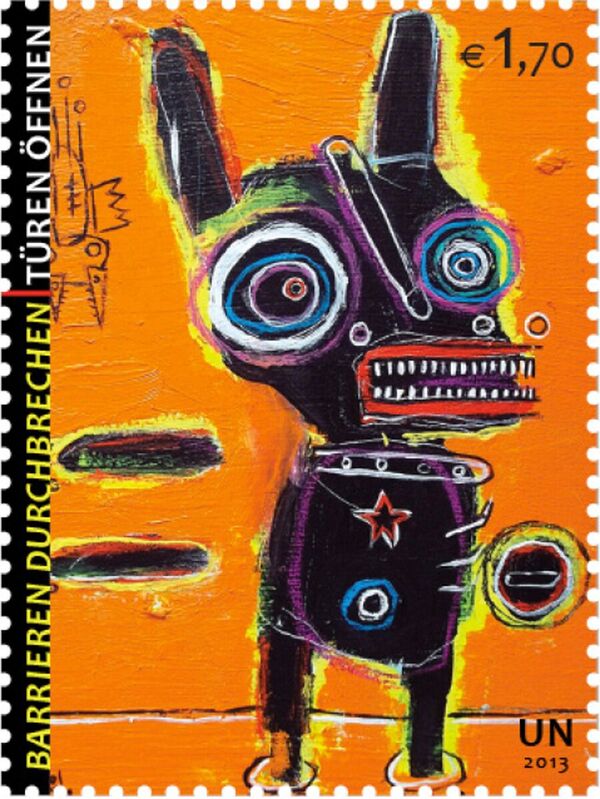 Sesow will be featured locally in a solo show hosted by Jeanine Taylor at her gallery in downtown Sanford.  “This will be my second show for Matt and I am thrilled to host him,” explains Taylor.  “He is right in the middle of building a new studio on a beautiful piece of land outside of D.C. so we will Skype him in during the reception.  He’ll chat with the crowd and paint two pieces of art live that will be made available for purchase during opening reception.”

Hair of the Dog

Christopher Rodriguez, otherwise known as Tobar, builds emotion with the presence of objects in collections like Man in the Mask, My Dexterous Shadow, and Native. In each of them, he installs symbols END_OF_DOCUMENT_TOKEN_TO_BE_REPLACED