What hatches out of the subconscious in Sanford, Florida—where pit bulls thrash through old swimming pools, and heavy metal epics are composed in block houses shaded by trees that were planted when Eisenhower was president? Bees, bones, and pretty, distressing things.

There was a small chance that Janae Corrado would have been a veterinarian. But by 2001, when the New Port Richey girl who was always drawing came to UCF to study art, it was already clear that she was bad at calculus, and much better at composition. 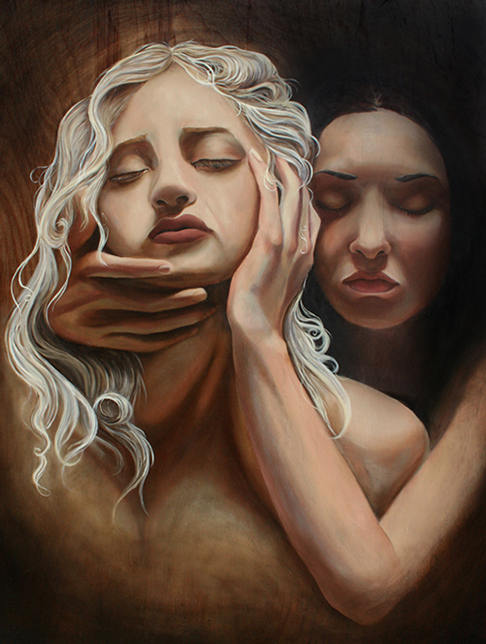 She paints in oils. She paints dream-scenes of longing and terror; she paints the urges that sting. Her themes are rot, transformation, and the enigmas of seduction and repulsion.

She has been a well-known personality on the Orlando art scene for many years, often appearing with her work at FAVO, Thornton Park’s 2nd Thursday Wine and Art Walk, and City Arts Factory, among other places. She’s also spent years teaching art at UCF, Valencia College, and other halls of learning. Recently, her insect series attracted the attention of art aficionados. It was launched at Eureka! The Moment When Art and Science Collide, a show at City Arts Factory. 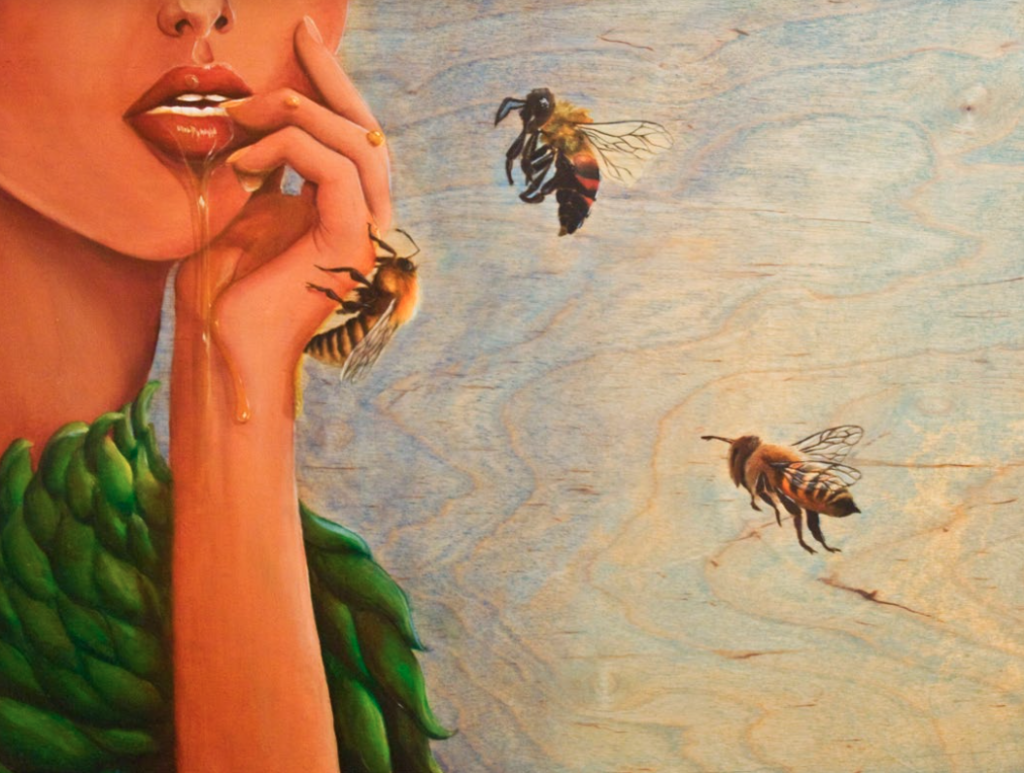 Nectar, oil on board

Why insects? “They’re intricate little things. Several of my other works that I’ve produced have had insects in them as well. A few of those other pieces kind of play off of the idea of being seduced and repulsed simultaneously by the same thing.” Elaborating further, Corrado says, “It’s just amazing how they’re these little machines, basically, these little, intricate, colorful, terrifying, and yet really cool little things that are living everywhere, and people just step on them.”

Did this interest start with her Florida girlhood lived at ground level? “I was never scared of bugs. I was the one bringing them home saying, ‘Look at this shit I found.’ Assuming it didn’t bite or sting or was generally an asshole, I was really excited that there were these cool little critters that I could pick up.” 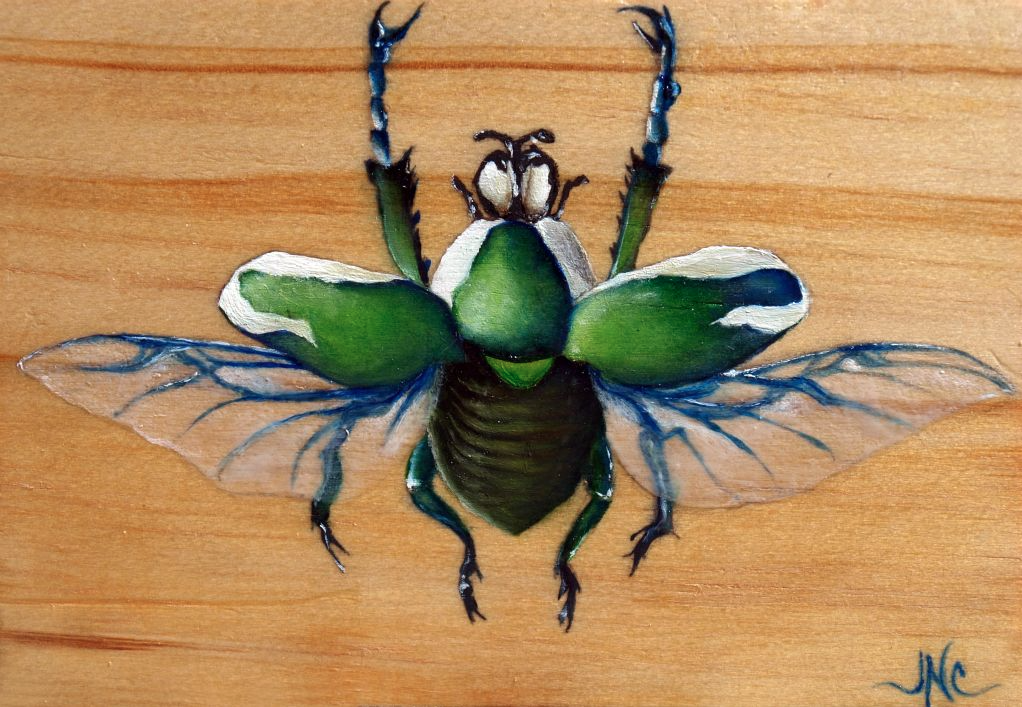 Another theme apparent in her work is women. Why so many? “I identify with the female form a little better. A lot of the narratives pertain to personal experiences. I don’t know that I would be able to pull off the narrative in the same way if I was using a male form, I suppose.” One of her few males is a portrait of her husband which hangs in their bedroom, and is one of her favorites. “I’ll never sell it.”

It’s a cultural loss for Orlando that before the first day of summer, Corrado will have moved to Texas. Her husband earned a big promotion that’s taking them there, but with their families still here on the peninsula, they expect they will visit often.

Looking at her body of work—the wings and the waves and the steady gazes of her many Amazons—it’s clear that Corrado cannot escape the dramas of her subconscious. At the end of the interview, when pursued with questions about the meaning and the purpose, her voice goes small and subdued. “I just paint. I don’t know.”

You can see more at: JanaeCorrado.com