Angélica Maria Millán Lozano is in constant conversation with the women who came before her. Currently in her thesis semester of her MFA at Pacific Northwest College of Art, Lozano is a fibers and performance artist whose multifaceted projects explore her Colombian and American identities, particularly driven by the experiences of Latina women in domestic roles. Lozano is the curatorial fellow for the Holt and Lodge galleries in Portland, Oregon, as well as the co-founder of CVLLEJERX, a people-of-color-focused fashion collective based in Portland. The artist moved to Sanford, Florida from Bogotá, Colombia as a pre-teen, studying art at Seminole State College and going on to graduate from Stetson University with her Bachelor’s degree. An active member of Orlando’s art community before her move to Portland, Lozano’s work was featured in several notable local exhibitions, including the Sanford Project, Art in Odd Places, and the Housewifes Collective exhibition. Her projects are united by their reverence of the women in her family, and an interest in making public the hidden stories of their lives. “This is about generational trauma, and what it means to carry stories of your ancestors and see yourself in them, and to claim space for myself in a place where I have to choose between cultures.” 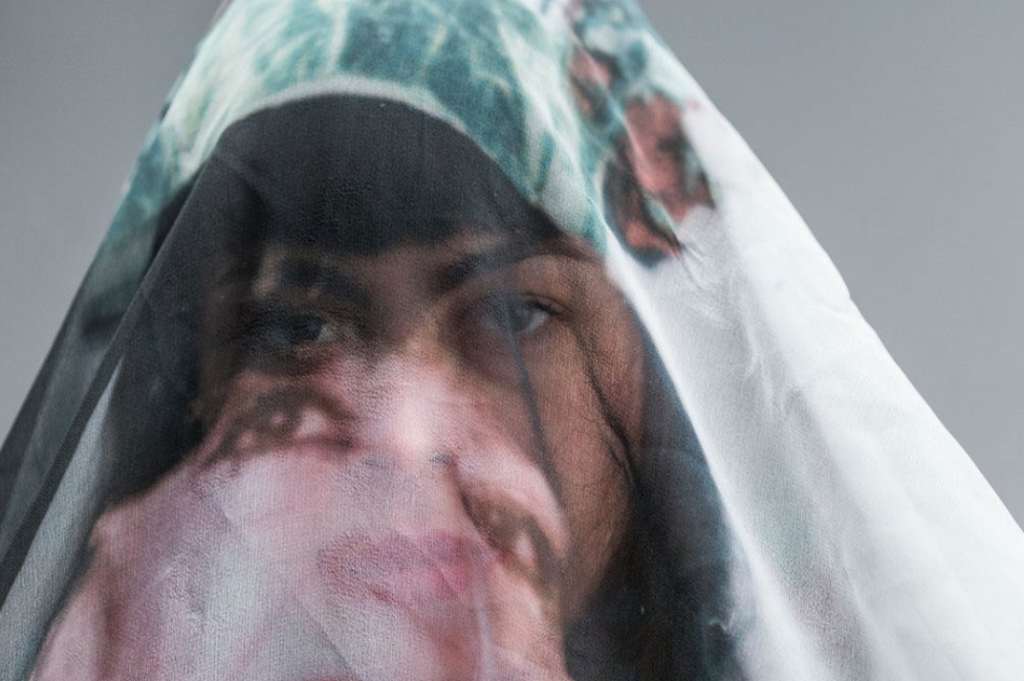 Late last year, Lozano attended Portland’s Women’s March Against Hate. She carried a banner with her—an enormous, portrait print on fabric of her grandmother, Blanca. For Lozano, her grandmother “represents a resilience and strength, she represents housewives, and women in domestic roles, who are underrepresented and not often seen in public spaces.” The banner was sewn together with pieces of Blanca’s own garments, bleached, distressed, and adorned with rose thorns, attached to a pole of woven rose stems. Lozano marched with her grandmother, carrying her through the streets of Portland, “resisting white feminism and mainstream feminism, which don’t address issues of women of color and immigrants.” 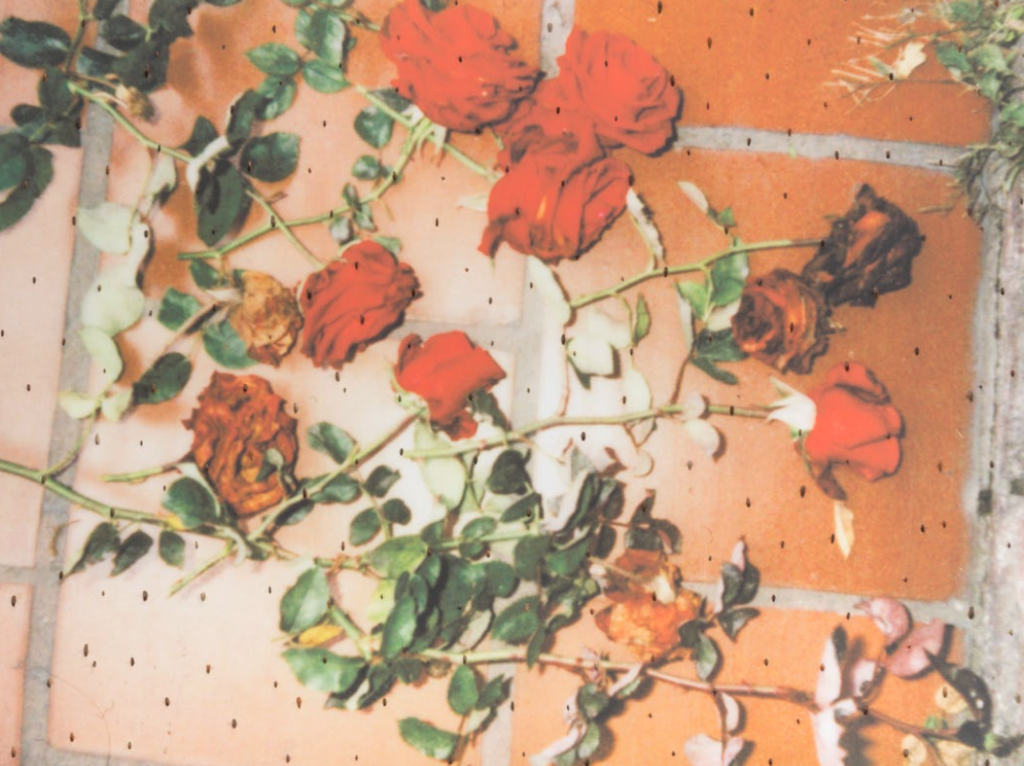 CVLLEJERX also occupies a space of resistance. A fashion collective co-founded by Lozano and fellow Portland artist and curator maximiliano, CVLLEJERX creates re-purposed, wearable art and fashion items, hosting shows and performances which question the white-washed bodies represented in mainstream fashion’s visual identities. The collective’s performances created a space for experimentation with personal style and identity performance in a non-commodified or commercialized context. “We are builders of cultura y comunidad in pdx. we dress the revolution : trap arte. we have been excluded x exploited and are taking the power back with our voices, bodies, style, and art. we don’t do it for them. we do it for ourselves and for each other. to support and lift up todx la familix.” 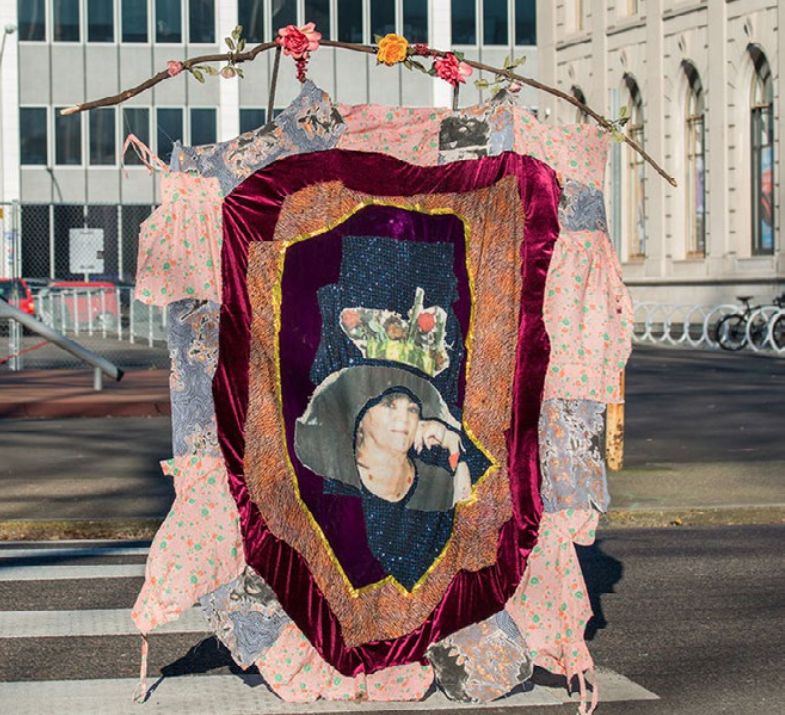 Lozano’s activation of her work within communities, and in contexts of protest, is a model for how artists can engage in resistance and social awareness. Her amplification of underrepresented stories and voices—those of her own family—creates a space of empathy, of understanding, and an awareness of the political conditions of private life.

You can see more at: Angelica-Millan.com

Anna Cruz is a storyteller. “I used to dream in Tagalog often, but now not so much.” In February, she got back from a nice long visit to Manila—the first time she’d been back in years. “I was END_OF_DOCUMENT_TOKEN_TO_BE_REPLACED