Best known for his popularly infamous series, The Pinks, Scott Scheidly was the cause of a lot of discussion in last month’s issue. His Ass Clown depiction of president-elect, Donald Trump, graced our cover in November—providing a backdrop for the politically charged month.

Originally born in Ohio, Scheidly began his artistic career at a very young age, joking his first art project was “devouring a ten-pack of crayons, thus turning my diaper into a Jackson Pollock.”

By the early ‘90s, he found himself enrolled in, and subsequently graduated from, the Art Institute of Pittsburgh, which was as much to a surprise to himself. “I accidentally enrolled in art school. I went with a friend and his mother to the Art Institute of Pittsburgh so that he could enroll, and as I was sitting there, I was asked if I was there to enroll as well. I was as surprised as my friend and his mother when, five seconds later, I answered, ‘Yes.’” 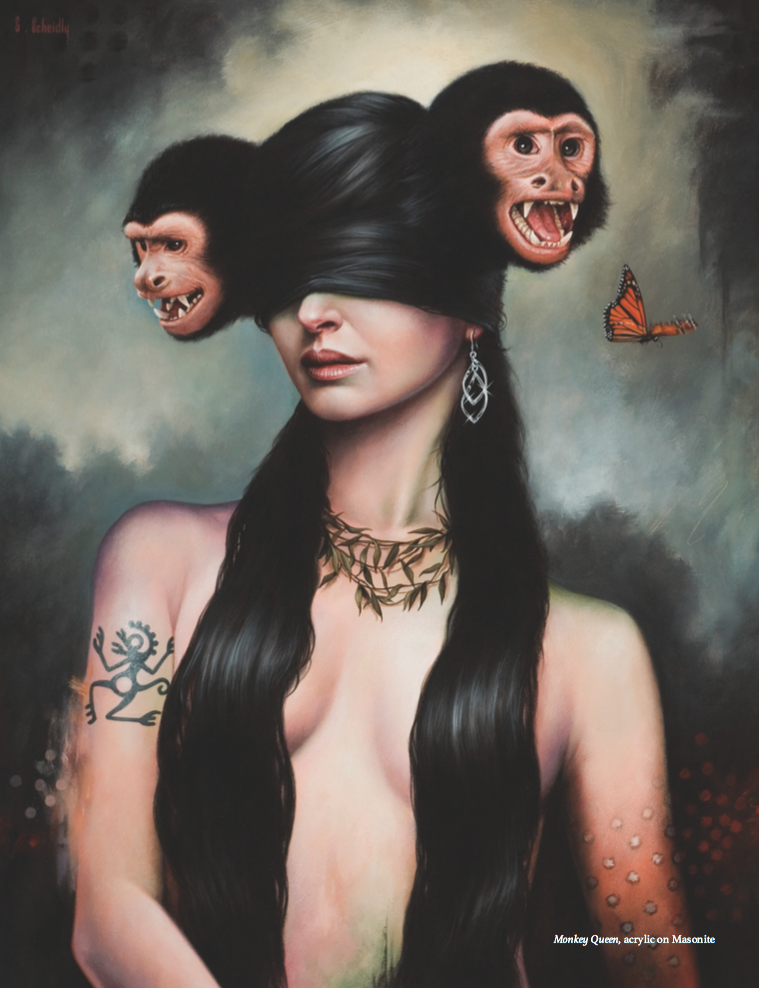 When asked about inspiration, Scheidly replied, “Hallucinogens.”  Perhaps we could take a moment to let me explore what it would be like to sit down with him for an inspiration session:

We are in Scheidly’s clean, mid century modern home in the College Park neighborhood of Orlando. The psilocybin has crept into the wrinkles of my brain and I am lying on the floor with my eyes tightly shut. I’m drifting through total blackness, with the exception of a pink bubble on the horizon.  I slowly float toward it, tuning out his compassionate reassurances that I’ll be ok in a few minutes. Does it show that I’m having trouble adjusting? The bubble is right up on me. I enter. The idea dawns that this is life my now. Nothing exists outside this pink bubble.

I open my eyes and find that Scheidly has kept his cool and is sitting comfortably in a modern, white bucket chair across the room. There are a few shrunken head paintings resting against the wall in the corner. He suggests we move outside.

Outside, there are various hues of orange cascading down large pine trees.  Each crevice of the thick bark is oozing orange. So orange, I vomit. I’m ok, though. I find a comfortable place on the ground and begin braiding pine needles while Scheidly builds a fire. “How do you work?” I manage to ask. He replies, “Not well on Adderall.” I chuckle and lose track of the conversation.

An hour or so later, I regain my composure.  Scheidly and I begin to discuss art. He suggests I scroll through the Instagram feed of his favorite artist, Christian Rex van Minnen. My fingers fumble while my mind expands. I’m trying desperately to sound interesting, but my vocabulary is reduced to “cool,” “amazing,” and, “I get that,” as well as a few other humdrum responses.  Scheidly is accepting of this.

I ask him who in history he would like to meet.  While poking the fire, he narrows his choice to someone art-related and says, “Salvador Dali.” My mind went began strolling through Impressions de la haute Mongolie, the two of us wearing Dali’s Aphrodisiac Dinner Jacket.

As the adventure winds down, I realize I haven’t been able to get in his head or grasp his inspiration, but that’s ok. I had fun. I was in awe. The same kind of fun and awe I feel when I browse Scheidly’s catalog. I thank him for the trip and sit silently in my Uber until I arrive home. 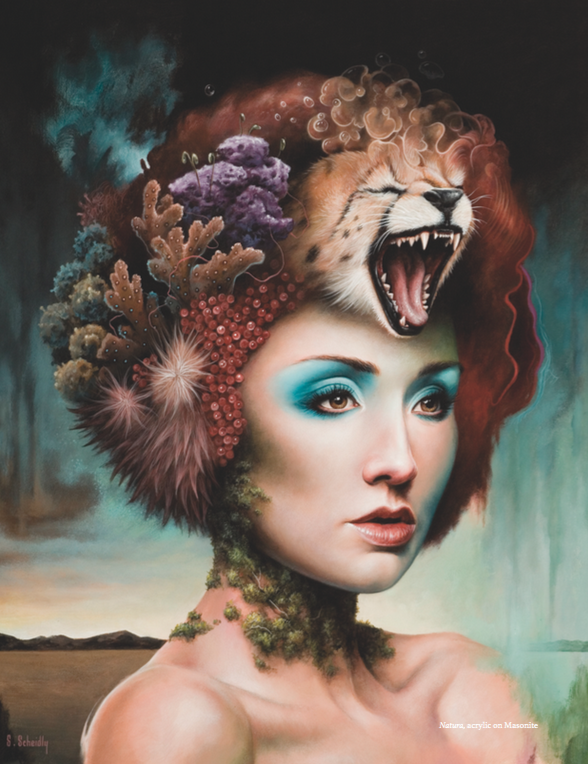 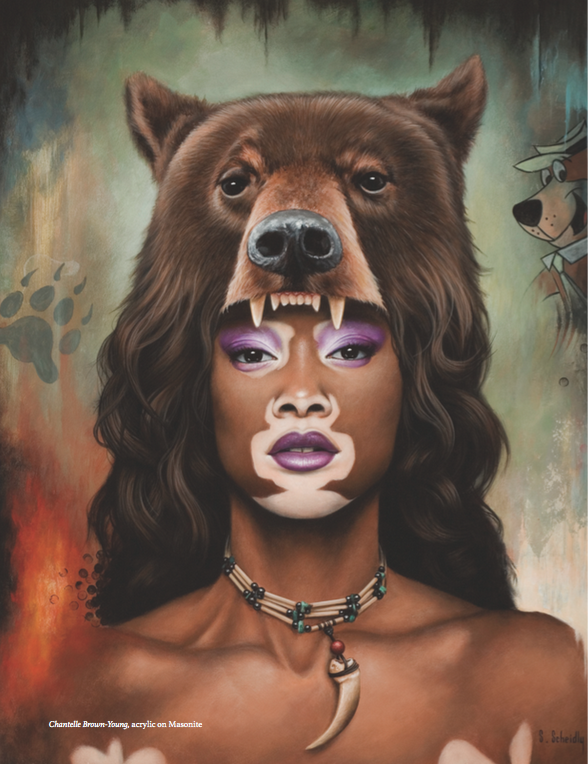 Scheidly’s work doesn’t end with The Pinks.  He has a feel for the imaginative, and his lowbrow style reinforces that. I hate to bring it up, but he is one of the few “white guy Orlando artists” who paints multiculturalism. Have you ever browsed an artist’s portfolio and only seen white people? It’s boring. The world is made up of many colors.  Scheidly and his colorful palette of acrylic and oils reflects this.

“Art stirs emotion, it promotes and it destroys. Art makes a pair of toenail clippers easier to hold, and a trash can more pleasant to look at. There is nothing without art and we would all still be cavemen without it,” says Scheidly in response to a question of art’s place in society.

Out of the cave we come.

You can see more at: FlounderArt.com

AfroFantastic: Black Imagination and Agency in the American Experience is up now at the Cornell Fine Arts Museum on Rollins College campus. Professor Julian Chambliss, Ph.D curated the show in END_OF_DOCUMENT_TOKEN_TO_BE_REPLACED